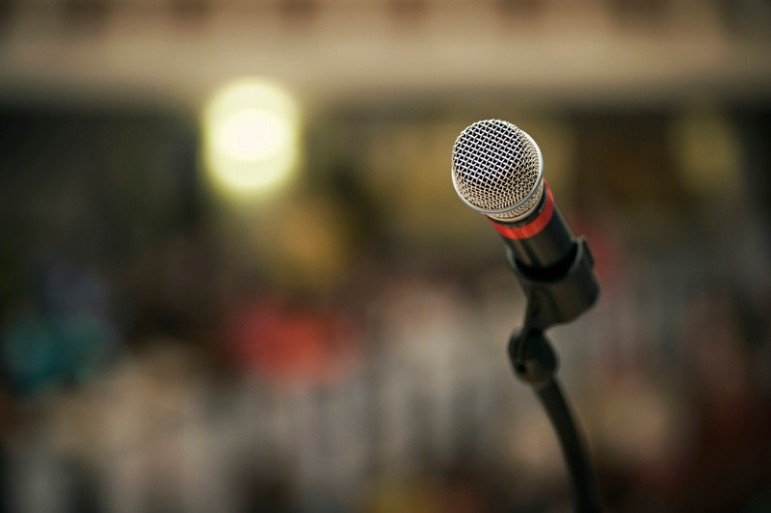 Beyoncé’s performance of her new song, “Formation,” at halftime at this year’s Super Bowl is hardly the first time that a football stadium has been the stage for a statement about police violence against the black community, but former New York City mayor and 2008 presidential candidate Rudy Giuliani was simply outraged—or so he would have you believe. He called it an “attack” on police officers and called for a return to “decent, wholesome entertainment.”

“This is football, not Hollywood, and I thought it was really outrageous that she used it as a platform to attack police officers, who are the people who protect her and protect us, and keep us alive,” he said during an appearance on the Fox News Channel. “And what we should be doing in the African American community, and all communities, is build up respect for police officers. And focus on the fact that when something does go wrong, okay. We’ll work on that. But the vast majority of police officers risk their lives to keep us safe.”

Fox News anchor Anna Kooiman gave him the setup: “Beyoncé got a police escort there and then she gives a salute to the Black Lives Matter movement. […] It was a nod to the 1966 founding of the Black Panther Party. What did you think of that?”

Well, we think the two things can and should coexist just fine. That’s the point. A few days before the game, Beyoncé released a video for the song that shows her at one point atop a sinking police car in New Orleans. During the game’s halftime show, she raised her fist in the air, recalling not only Tommie Smith and John Carlos at the 1968 Olympics but also the five players of the St. Louis Rams who stood in a “hands up, don’t shoot” pose before their game on November 30th, 2014 after the refusal to indict in Michael Brown’s shooting. There, too, some were outraged at the act. The St. Louis Police Officers Association demanded that the players be punished.

In Amy Goodman’s Democracy Now! interview of Dave Zirin, a sportswriter, he calls us all to the historical and social significance of this particular performance:

First of all, this is Super Bowl 50. It was in the Bay Area. It’s also the 50th anniversary of the founding of the Black Panther Party in the Bay Area. And that’s what Beyoncé and her background singers—background dancers were paying tribute to. And the song “Formation” is—and people should watch the video. There are more indelible images in the five minutes of this video than any Hollywood film I’ve seen in memory. And I really want to encourage people to go to the blog, New [South] Negress, and read a breakdown of the video by Zandria—that’s the author’s name—because, honestly, for me, as a white guy who’s from the North, I was only getting like 5 percent of what Beyoncé was trying to say. This is a video that’s rooted in Southern black experience, and it’s not only about the Black Lives Matter movement, it is about hundreds of years of black women resisting state violence with a centered approach that’s about mothers protecting their children and also about queer black women stepping up to be able to say, “We are here. We matter, too.” It’s radically audacious in terms of its visuals, in terms of its lyrics. And I’m frankly stunned that we have—that this country, that could serve sausages with gold flakes while people starve in the streets, can also be a country that could produce an artist as audaciously brilliant as Beyoncé and generate that kind of mass following and have her perform this song in an X formation at halftime of the Super Bowl. It’s remarkable.

Zandria’s piece at New South Negress is breathtaking in itself:

Formation is a different kind of resistance practice, one rooted in the epistemology of (and sometimes only visible/detectable to) folks on the margins of blackness. The political scientist Cathy Cohen talks about activism at these margins, the kind of deviance-as-resistance built and cultivated at the margins of respectable blackness. Formation, then, is a metaphor, a black feminist, black queer, and black queer feminist theory of community organizing and resistance. It is a recognition of one another at the blackness margins—woman, queer, genderqueer, trans, poor, disabled, undocumented, immigrant—before an overt action. For the black southern majorettes, across gender formulations, formation is the alignment, the stillness, the readying, the quiet, before the twerk, the turn-up, the (social) movement. To be successful, there must be coordination, the kind that choreographers and movement leaders do.

It has long been rumored that Beyoncé and Jay-Z have provided funding for Black Lives Matter, but this rumor has been put to rest—as a rumor, anyway—as the couple’s music streaming company, Tidal, announced gifts in the amount of $1.5 million through the New World Foundation to Black Lives Matter and other groups, including the Trayvon Martin Foundation, the Oscar Grant Foundation, Hands Up United, and Dream Defenders. The money was reportedly raised in conjunction with Roc Nation at an October 2015 charity concert in Brooklyn. The artists performing at the event included Beyoncé, Nicki Minaj, and Alessia Cara. Tidal had earlier released “Chains,” played over a video showing the faces of victims of police violence, so all of this cannot be that much of a surprise.

Dania Diaz, managing director of philanthropy at Roc Nation, described how grantees were chosen. “The process of acquiring recommendations [for nonprofits] was collaborative and inspired by the message that speaks to racial and social inequities and injustice in our society,” Diaz said. “Each year we will support a different initiative. Our ideology is to have a hi-fi level of consciousness in everything we do.”—Ruth McCambridge