Beyond Flashpoints Like Trayvon Martin’s Death, How to Address “Everyday” Racism? 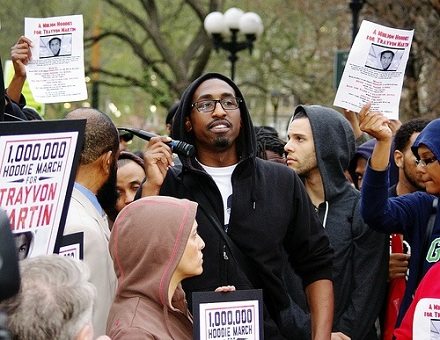 In the wake of the national dialogue around the killing of Trayvon Martin in Sanford, Fla., there is a question about the role of the nonprofit sector in confronting community-level racism. The first significant national press coverage raising questions about Trayvon’s death and the failure of authorities to arrest or even detain the alleged shooter, George Zimmerman—by the Associated Press—occurred well over a week later. It took a long time before Martin’s death, which happened on February 26th, hit the public’s and the nonprofit sector’s consciousness as a powerful example of an important and tragic racial injustice.

Now, the death of Trayvon Martin is a front-burner issue for the nation and for many nonprofits.  But what about the quotidian incidents of personal, institutional, or structural racism that don’t rise to national preeminence, but are real and important to local communities nonetheless? In contrast to incidents that attract national attention, big time media, major celebrities, and mass protests, what about the all too common incidents in neighborhoods around the nation? What can nonprofits do to change the tenor of things, create an environment for positive change, and devise solutions—or steps toward solutions—for the pernicious examples of racism that permeate this country?

An example might be found in Stratford, Conn. (population 51,384), located in Fairfield County, with neighbors ranging from troubled Bridgeport to tony Greenwich. In Stratford, people still talk about an event called “the incident” from 2006. To this day, the only facts everyone in town agrees on are these: A white police officer, David Gugliotti, arrested two African Americans—a teenage girl and a Town Council member—during a dispute on a street corner in the city’s predominantly black South End neighborhood. The Council member, Alvin O’Neal, said he had seen Gugliotti “slam” a 14-year-old girl, Titasheen Mitchell, against his patrol car and hit her twice in the face and had intervened to help. Gugliotti argued that O’Neal was wrong and was cleared after an investigation. O’Neal paid a $50 fine for disturbing the peace and juvenile charges against Mitchell were dropped. Onlookers and residents sound like characters from Rashomon, all having seen “the incident” differently—with residents split on whether Gugliotti was acting like “a foul-mouthed racist” or “an upstanding officer.” Since “the incident,” Gugliotti has had two promotions and Mitchell is now attending community college and working at a local hospital.

Some nonprofits take on roles in these circumstances meant to clarify the issues and find productive avenues for dialogue and solutions. In Stratford, the mayor began a series of community meetings with the assistance of a nonprofit called Everyday Democracy (originally called the Study Circles Resource Center). Initially, the Center worked to “foster a large national network of multi-racial and cross-sector coalitions focused on issues of racism, inter-ethnic relations, and diversity.” Today, Everyday Democracy works “to make sure that community organizing, large-scale, diverse dialogue, and other civic processes can work together to create and sustain community change.” With Everyday Democracy’s help, Stratford residents participated in small groups over a several week period “to discuss their racial backgrounds, perceptions and stereotypes, and the incident.” That process led to the creation of Citizens Addressing Racial Equity (CARE), which has worked with the police, the schools, and employers to deal with the after-effects and even the underlying conditions behind “the incident.”

According to the Washington Post, CARE’s 30 members recently voted against disbanding. The city has an African American police chief, there are regular surveys of police-community relations, and the schools conduct a job fair aimed at recruiting minority job seekers, but the feeling is a little desultory. In the minutes of a CARE meeting from January of 2009, a couple of years after “the incident,” there was this statement: “Even though there is no current ‘hot button’ issue in town to get citizens involved, there doesn’t necessarily need to be an incident to spark interest in race relations.” What should nonprofits do about the small-scale racial injustices that occur all around us every day?—Rick Cohen