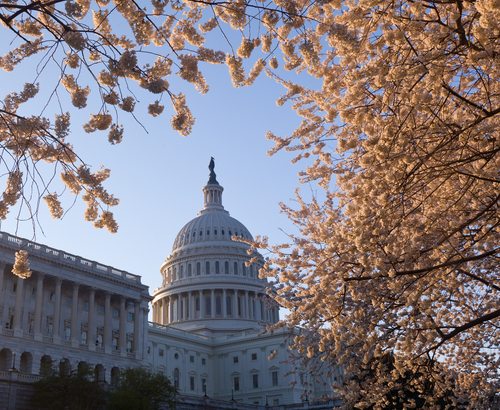 The NPQ Newswire doesn’t mean to be sounding the alarm bells about the budget, but our recent postings about sequestration (see here and here) and the mechanical budget deal reached to avert a government shutdown suggest something is happening with the nonprofit sector’s voice—or diminished voice.

Although it is typical in public sector and social enterprise circles to talk about the achievements of the nonprofit sector in service delivery and volunteerism (both enhanced by the government-endorsed social entrepreneurialism being encouraged through the Corporation for National and Community Service), some people think that the truly remarkable and distinctive contribution of the nonprofit sector in the U.S. is its advocacy for social change. That includes advocacy on the budget, with nonprofits marching the halls of Congress, not letting our nation’s increasingly feckless lawmakers off the hook.

But Congress seems to feel free to, as Politico’s Jake Sherman and Seung Min Kim put it, ignore fiscal cliff warnings. They describe multiple fiscal, tax, and program crises to which Congress “has responded with a simple shoulder shrug.”

The fiscal cliffs they identify include the U.S. Postal Service impending bankruptcy crisis and the farm bill, which the House of Representatives has stymied to the consternation of members from both parties representing rural districts. On these issues and on bigger tax and budget issues, Senate Democrats and House Republicans are blaming each other.

According to Sherman and Kim, “Republicans and Democrats privately agree that Washington has been desensitized to crisis and is ungovernable.” This is a crisis of representative democracy, not party politics. Although farm groups such as the National Farmers Union have been visible—and frustrated—on Capitol Hill, the feeling is that when nonprofits are lobbying, they’re lobbying in silos and not addressing the bigger issue of a Congress that not only won’t act, but doesn’t feel an imperative that it ought to act on these issues. Leaving the fiscal cliff to a post-election, lame duck Congress doesn’t mean that representative democracy has worked. To the contrary, it is another indication of a dysfunctional legislative system.

The nonprofit sector—or the third sector, since we are talking about more than public charities—at its root reflects the deTocquevillian small “d” democratic ethos of this country. We don’t expect Beltway governance to be radically improved simply by the advent of an election. There’s a new advocacy challenge on the docket for the entire nonprofit sector, across the ideological spectrum, and beyond topical silos. The nonprofit sector has to take on the immense but absolutely vital task of pushing, cajoling, and demanding our nation’s legislators restore some dimension of functionality in both houses of Congress, between the two chambers, and between Capitol Hill and the White House. Governance cannot and should not be shrugged off by our nation’s elected officials, and it’s the nonprofit sector’s responsibility to remind them that the dysfunction being displayed by Congress now and for the past few years simply cannot be tolerated. —Rick Cohen