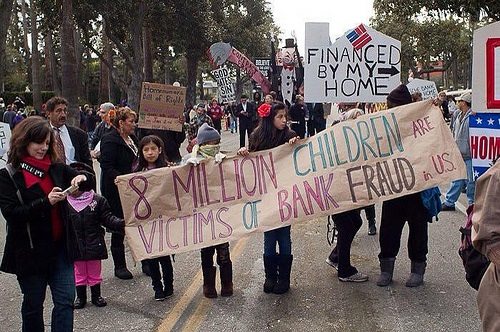 Remember all the multi-billion settlements with national banks concerning their deleterious mortgage practices? Nonprofits might be interested in what’s happening to these crucial dollars that were meant to help homeowners stave off foreclosures.

The latest news is the announcement of a “deal” between New York Governor Andrew Cuomo and New York Attorney General Eric Schneiderman over the spending of New York State’s $613 million share of the JPMorgan Chase settlement. A deal? Apparently, Cuomo and Schneiderman have agreed to divide the first $163 million of the settlement—$81.5 million will be controlled by Cuomo for housing programs and an equal amount controlled by Schneiderman for anti-foreclosure initiatives.

An earlier deal would have given Schneiderman 85 percent of the settlement funds to pursue principal reduction and refinance restructured mortgages, but Cuomo’s office viewed this as giving the AG too much financial control and too little accountability oversight. The debate, however, might have really been between the Governor and the AG over the Governor’s attraction to the possibility of budget-filling revenues.

The $25 billion settlement reached with five national banks and the specific deal with JPMorgan Chase for a settlement of $13 billion look like eye-popping numbers, but Sen. Elizabeth Warren (D-MA) suggests that these deals are sort of bogus and that the settlements will cost the banks only a small percentage of the big topline numbers.

Warren points out that the five-bank settlement includes giving the banks $17 billion in credits for merely adhering to mortgage disclosure rules and wiping out a separate $400 claim of the U.S. Comptroller of the Currency by promising to comply with the settlement terms. Even the $13 billion JPMorgan Chase settlement is less than it appears: Of the $13 billion, $7.5 billion is tax deductible for the bank, another $4 billion wiped out what the bank had previously agreed to pay in a settlement with the Federal Housing Finance Agency, $2 billion more goes toward principal reductions (essentially giving JPMorgan Chase credit for mortgage payments it was likely not to have been paid in any case), and $2 billion will be credits for increasing lending in lower-income neighborhoods.

In many cases, some of these costs may be charges against the banks’ litigation reserves, already factored into the economics of their continued profitability. And the big banks are still highly profitable. Bank of America’s fourth quarter 2013 profits exceeded expectations on Wall Street, though that was accompanied by a significant reduction in its mortgage business and a big increase in its lucrative wealth management business. After three years of record profits, JPMorgan Chase’s profitability declined by seven percent in the fourth quarter of 2013, but that still amounted to $5.28 billion in net income and “minus one-time items” a profit of $1.40 a share. Profits for JPMorgan Chase’s mortgage originations, however, rose 34 percent despite all of its obligations for settlement payments. For the entire year, Wells Fargo, with $21.9 billion in profits, bested JPMorgan Chase at $17.9 billion as the nation’s most profitable bank, hardly an indication that the banks’ multiple settlements are causing them much bottom-line pain.

The reality is that settlements look good on paper, but it is the performance on the ground that counts. That’s where the nonprofit sector’s advocacy is truly important, both ensuring that the settlements negotiated behind the scenes don’t turn into Potemkin Village punishments and that the actual disbursements do what they are supposed to do to ameliorate bank abuses.—Rick Cohen