Biggest Yet Petition on Change.org is on Trayvon Martin 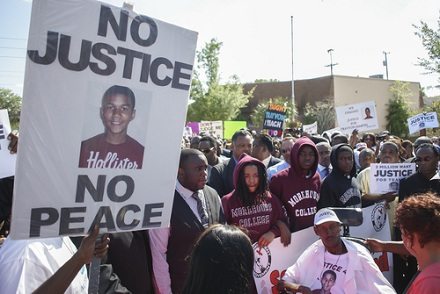 More than 2.2 million people have added their names to a petition demanding an arrest in the Trayvon Martin case on Change.org, a petition NPQ first took note of here when its numbers were not yet in the millions. Started by Martin’s parents, this is the largest petition that organization has ever hosted and the signatures have been coming in at the rate of 1,000/hour. Martin was, of course, the 17-year-old African American killed by a neighborhood watch volunteer, George Zimmerman. Zimmerman has not been arrested. In a reflection of strong public opinion on the case, a CNN poll found that 78 percent of people queried thought that Zimmerman should be arrested,

Founded in 2006, Change.org gives people a way to begin a petition but most such efforts stay under the radar. “People see Change.org as a tool,” spokeswoman Megan Lubin said. “Here’s a national tragedy, and it’s being plastered on the TV and the Internet every night and all day long. For the first time, people are realizing they don’t just have to sit there and be frustrated. They can do something.”

“This is a way for people to express their support for something, and in a way that just wasn’t possible 10 years ago.”

Probes by the U.S. Justice Department and the FBI are underway and a grand jury is scheduled to convene April 10. –Ruth McCambridge