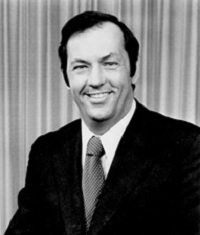 Former U.S. Senator (and Princeton and NBA pro basketball player) Bill Bradley has had some history in the nonprofit sector regarding issues of philanthropic spending. Many years ago, from his perch as a Managing Director of Allen & Company LLC, he coauthored an article with Paul Jansen of McKinsey suggesting that endowed foundations could spend their money a lot faster than they had been, comparing their average 12 percent returns on their assets (not including new contributions) to their measly 5 percent payouts. It isn’t an exaggeration to suggest that the leadership of the foundation community viewed Bradley’s payout ideas as a threat to foundations’ very existence.

Bradley scared the bejesus out of many nonprofits with his proposals for a flat tax, dating from his service in the Senate in the 1980s, co-authoring a bill with then-congressman Richard Gephardt (D-MO) and continuing long past his Senate service publicly supporting a “fair tax” bill with Senator Ron Wyden (D-OR). Although after feedback Bradley and other flat-taxers largely exempted charitable deductions from their plans, the nonprofit sector’s fear of flat-tax momentum was palpable.

Regardless of the foundation and nonprofit sector reactions to his ideas, Bradley was always seen as a serious policy wonk and as a leader, even when running against Al Gore for the Democratic presidential nomination in 2000. In that race, he took a position to the left of Gore on such issues as gun control, universal health care, campaign finance reform, increase the minimum wage, expand Head Start and food stamps and, of course, tax simplification to eliminate tax loopholes.

Now, he is weighing in on some of the major policy questions of tax reform, which is naturally on the agenda, if they choose to do anything serious, of the president and Congress and of concern to the nonprofit sector. He told Jonathan Masters, writing for a Council of Foreign Relations blog, that there were four elements needed for successful tax reform. “One, you need a committed president; two, a committed Treasury secretary; three, a chairman of the [House] Ways and Means Committee and a chairman of the [Senate] Finance Committee who see their own political interests served by passing reform,” Bradley said. “And four, which is debatable, you need some zealot talking about tax reform all the time. Thirty years ago, that was me.”

A leader behind the 1986 tax overhaul, Bradley identified the guiding principles that he says undergirded the efforts of both parties during that difficult negotiation: get rid of loopholes; let the market, rather than tax policies, allocate investment resources; and have people of wealth pay more in taxes. Also important back in 1986 were very specific, detailed tax-reform plans: his own in 1982, 1984, and 1985, and President Reagan’s as well in 1984 and 1985. He suggests that the vagueness of the proposals from the president and from Congress suggest that they aren’t totally serious yet about getting tax reform done.

Bradley thinks that presidential leadership on tax reform is missing. Others who were involved in tax reform back in 1986 along with Bradley agree. “If you’re going to ask people to walk the plank with you on important issues, and the president is just waiting to see what you produce, they’re not going to be willing to do it,” said Bob Packwood, the former Republican senator from Oregon.

The seventy-year-old Bradley was to the point in his CFR interview. It is the same tendency toward specifics that scared foundations and nonprofits and contrasts so severely with the “leading from behind” style of the White House today. Imagine if it were Bradley instead of Max Baucus (the retiring Democratic senator from Montana who chairs the Senate Finance Committee) and Dave Camp (the Republican congressman from Michigan who chairs the House Ways and Means Committee but is term-limited as chair) leading tax reform. There would be specifics for the nonprofit sector to examine, and he wouldn’t let White House spokespersons hide behind ever-shifting platitudes.—Rick Cohen