When a University Trustee is Facing Rape Claims 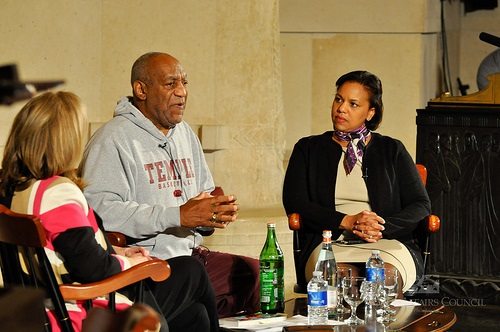 In an update to NPQ’s coverage of the sexual assault allegations against Bill Cosby, several nonprofits have decided to break ties with Cosby. Berklee College of Music announced that Cosby’s name would be removed from its online scholarship. The University of Massachusetts Amherst has asked Cosby to step down as honorary co-chair of its fundraising campaign. Cosby has also been removed from High Point University’s National Board of Advisors, and Freed-Hardeman University has canceled Cosby’s appearance as the speaker for their annual benefit dinner.

Other organizations have decided not to sever their connections with the comedian. In addition to large donations and close associations with various nonprofits, including Spelman College and Morehouse School of Medicine, Bill Cosby also has a collection of African-American art showcased at the Smithsonian’s National Museum of African Art. None of these associations appear to be in jeopardy due to the allegations.

Yet this lack of action from other educational institutions associated with Cosby is troubling in light of the White House’s recent launch of the “It’s On Us” campaign to end sexual assault on college campuses. While the campaign was launched with celebrities encouraging bystanders to act, some universities are choosing not to. A response from educational organizations, specifically those connected to Cosby, might speak loudly to victims and abusers about their stance on ending the culture of sexual assault. By ignoring the allegations against Cosby, universities may give continued credence to the oppression of college sexual assault victims and justify their fears of coming forward.

In May of this year, the U.S. Department of Education released a list of higher education institutions with open Title IX sexual violence investigations. Among these institutions is Temple University—the same university where Cosby served as trustee for 32 years until his resignation Monday night and where one of his accusers, Andrea Constand, worked and encountered Cosby. As stated by 2005 Temple graduate Kerry Potter McCormick, “What message does it send to student when an alleged serial rapist is sitting on the board of trustees? […] It will have a chilling effect on the reporting of sexual assaults on campus.”

While tens of millions of dollars have been given by Cosby and his wife in recent years to various nonprofits, no individual or organization has actually returned the donations or rejected future funding to date due to the sexual assault allegations of at 19 women. Meanwhile, organizations like Goodwill Southern California and UCLA rejected the philanthropy of disgraced NBA team owner Donald Sterling after his racist remarks were recorded. This included announcements to return funds already received.—Michele Bittner