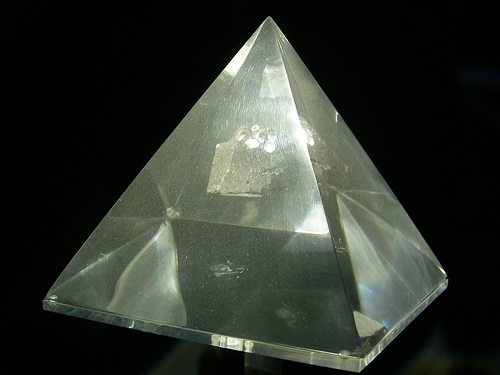 It’s the summer of 1854, and a delegation from London’s Soho Neighborhood Center visits the director of the London Community Foundation. They are accompanied by the Reverend Henry Whitehead, of Soho’s St. Luke’s church, and Bill Schambra, an advisor.

The neighborhood is suffering from a terrible cholera epidemic, with hundreds of people dying. Noting that cholera is caused by bad air, or “miasma,” the delegation asks the Foundation to fund the purchase of face masks for members of this poor community.

The London Community Foundation prides itself on being strategic in the sense that it tries to make decisions based on the best available empirical evidence. In anticipation of the meeting, it studied the research of John Snow, a physician, who posits that cholera is the result of fecal contamination of drinking water. He sought to demonstrate his conclusion with statistics that showed a concentration of cases of cholera near the Broad Street pump, from which Soho residents get their water.

“Balderdash,” says Reverend Whitehead. “The epidemic is the result of divine intervention, and I am leading the community in daily prayers. I don’t give any credence to this fancy new social science of statistics. Moreover, if you look at Dr. Snow’s map, you’ll see that there are people living near the pump—including the residents of a monastery—who are free from disease, and people on the outskirts of the neighborhood who have died from it. Moreover, Dr. Snow’s theory of fecal contamination is too disgusting for our residents to contemplate.”

The director of the Soho Neighborhood Center patiently explains to the foundation director: “We live in the neighborhood. You and Dr. Snow don’t. Don’t put more trust in Dr. Snow’s credentials than in our hard-won, practical, face-to-face understanding of our own community. As a long-standing and reputable center of community life, we know our neighborhood. Our duty as a front-line charity isn’t to sit around and speculate about abstract explanations for human need. It’s to meet the real, everyday, concrete human needs of those coming through our doors, regardless of the bewilderingly diverse causes that bring them to us. And we need face masks to protect against the miasma!”

The Neighborhood Center’s advisor, Bill Schambra, chimes in: “If you doubt the quality of the Center’s work, go down to the neighborhood and check it out, armed with common sense. Is its parking lot full of horses? Is the lobby echoing with noise, bustle, and confusion? Is this where people tend to come first when they encounter problems of any and all sorts, whether or not listed on the group’s mission statement? Do local residents and community elders have a high opinion of it? Does the neighborhood value it enough to protect it from vandalism and graffiti, and to support it with volunteer time and small donations?”

Mr. Schambra asserts that these factors count for a lot more that the “fundamentally science-based approach to solving human problems [that] lies behind strategic philanthropy.” He enjoins the Community Foundation’s director: “Don’t give them a lecture about needing to come up with a logic model to justify what you know they’ve been doing quite well for years. Just write the damned check.”

The foundation director replies that he will provide funds to meet the immediate need of burying the dead, but not for face masks, which he is quite sure will do no good. He asks, “Would you just try removing the handle from the Broad Street pump for a few weeks, and see if this brings the epidemic to an end?” But it is to no avail.

The Problem of Strategic Philanthropy (According to Bill Schambra)

The underlying story is true. The Reverend Whitehead, being more open-minded than many, eventually adopted Dr. Snow’s theory; the pump handle was removed and the epidemic abated. (The monks didn’t contract cholera because they drank only beer.)

There are literally countless similar stories of halting steps toward improving outcomes—not only in medicine and public health, but in social interventions ranging from drug and teen pregnancy prevention in the United States to strategies for improving the lives of the world’s poorest through conditional and unconditional cash transfers. This is why humans continue to study and experiment to try to improve their knowledge. So what are the lessons for philanthropy?

Initially a scholar and teacher of constitutional law and co-author of the casebook Processes of Constitutional Decisionmaking, Paul Brest now focuses on judgment and decision making, philanthropy, impact investing, and performance measurement. Professor Brest joined the Stanford Law School faculty in 1969 and served as dean from 1987 to 1999 before becoming president of the William and Flora Hewlett Foundation in 2000. He returned to Stanford in the fall of 2012, where, as an emeritus professor recalled to active duty, he is teaching courses in the Law School, Graduate School of Business, and Public Policy Program on Judgment and Decision Making, Impact Investing, Managing to Outcomes, and (together with Larry Kramer), the Ethics of Philanthropy. He is also collaborating with Professor Deborah Hensler in designing a law and public policy laboratory at the Law School and teaching a seminar, Thinking Like a Policy Analyst.

What the Nonprofit Sector Can Learn from Home Improvements