Billionaires Target “Opportunity Zones”—But Whose Opportunity Are They? 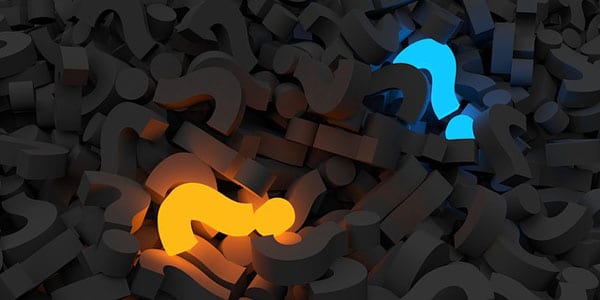 The ability to defer paying capital gains tax through 2026 after selling your company, for instance? Appetizing. The chance to not pay any capital gains tax on any money you make on top of that payday if it’s invested into an Opportunity Zone? The real cha-ching.

So reads an article by Theodore Schleifer at Recode.net. Created as part of the Republican tax bill in 2017, Opportunity Zones are a new federal initiative, overseen by the US Treasury Department, that is supposed to encourage investment in economically distressed areas. As NPQ wrote earlier this year:

Investment in Opportunity Zones is expected to occur through federally chartered Opportunity Funds. Individuals and corporations that sell stock and purchase investments in these funds will have their capital gains taxes deferred until they exit the funds. These funds will be “certified by the US Treasury and…required to invest at least 90 percent of their investment dollars into businesses or properties located in designated Opportunity Zones.”

Yet when reading Schleifer’s account, a disturbing subtext emerges: This program may be more about the tax breaks that the donors obtain than the benefits going to people in low-income communities. The title of Schleifer’s article, “The new hotness for tech billionaires,” sets the tone—and should be a bright red flag for any NPQ reader.

By spending the money in one of 8,700 Opportunity Zones—low-income census tracts ranging from nearby Oakland to the Aleutian Islands of Alaska and covering as much as 12 percent of the country—people can reap those extensive benefits thanks to the tax bill passed by Congress earlier this year.

And perhaps most alluring to image-conscious billionaires who want to be seen as modern-day Rockefellers or Carnegies: An anticipated gold mine of positive PR.

Yep. What do America’s low-income communities need most? Clearly, the ability to provide more PR to tech billionaires, who evidently have suffered from a lack of public relations hagiography.

Tech billionaire Sean Parker, formerly of Napster and Facebook fame, has been a leading advocate of Opportunity Zones and is a cofounder of the Economic Innovation Group (EIG), a think tank that promotes the initiative. Other Founder Circle members include Quicken Loans’ Dan Gilbert and a host of other tech names. A five-member economic advisory board that includes two former Obama advisors gives the think tank “bipartisan” bona fides.

Of course, some good may come of these tax breaks. EIG notes that up to $6.1 trillion in unrealized capital gains could be eligible for investment in Opportunity Zones; even if only 0.1 percent of this money is actually so invested, that is still $6.1 billion, which is not chump change. A few nonprofits have already taken advantage of the program: For example, Habitat for Humanity is one nonprofit preparing to throw its hat in the ring. In 2007, the organization purchased a 120-acre, 341-unit mobile home park in Charlottesville, Virginia. Habitat envisions creating a mini-city with mixed-use buildings, retail space, and a variety of housing options. So far, the organization has invested $20 million in renovations but to complete of project of such size requires more capital than can usually be obtained through grants or public funding. The organization intends to make the development a reality through opportunity zone funding and eventually turnover ownership to current residents.

Some communities are concerned that the promise of goodwill alone is not enough to ensure that funds are used to truly improve communities. Without further guidance, investors could use the program for projects they intended to do anyway or that drive out low-income residents.

In an open letter to the US Treasury Department, Senator Cory Booker (D-NJ) openly supported the Opportunity Zone program but urges the Department to implement stronger regulations to ensure that low-income communities reap the benefits as originally intended. Some of the suggested safeguards include:

Further guidance regarding program specifics could be a critical factor in determining if opportunity zones will gain traction and in whose interest they will operate. The Treasury Department is expected to release more information later this month.— Chelsea Dennis and Steve Dubb