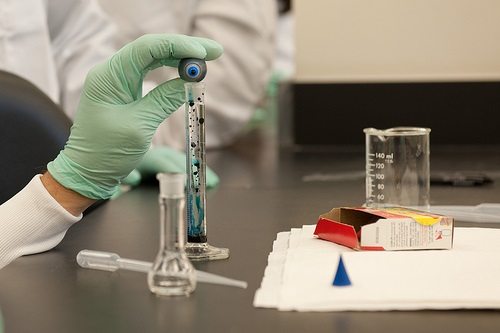 Teach For America has received a five-year, $5 million grant from the Biogen Idec Foundation to provide recruitment, training, and professional development opportunities to its corps of Science, Technology, Engineering, and Math (STEM) teachers, as well as high-quality STEM educational opportunities for students in under-resourced communities.

Efforts to respond to the STEM Crisis have been at the forefront of national and local educational improvement efforts. The shortage of qualified teaching personnel has been identified as one of the major factors contributing to poor educational achievement which handicaps future job and economic opportunities for graduates. As described by Linda Rosen, CEO of Change the Equation, “The consequences of this shortage are not merely economically devastating. They are devastating to the prospects of millions of low-income and minority youth who have not received a solid grounding in STEM and therefore have almost no chance to enjoy the benefits of a STEM career.”

The grant will provide support to TFA’s Stem Initiative, which was launched in 2006 in an effort to bring more passionate and effective STEM individuals into classrooms and expand opportunities for students. Teach For America’s goal of having 5,000 STEM TFA teachers in the field by 2015 will address only a small part of the national goal of adding 100,000 STEM teachers, announced by President Obama in 2011.

In an educational environment that increasingly demands measureable outcomes, Teach For America struggles to convincingly demonstrate it can produce significant educational benefits even as it continues to win support from government, industry, and major foundations. In January, the National Education Policy Center released “Teach For America: A Return to the Evidence,” a study conducted by Julian Vasquez Heilig and Su Jin Jez, which concluded “the lack of a statistically and practically significant impact should indicate to policymakers that TFA is likely not providing a meaningful reduction in disparities in educational outcomes, notwithstanding its explosive growth and popularity in the media.”

Teach for America, on the other hand, has its own studies to cite. A recent one from 2013, TFA believes, shows that it has a positive impact in math instruction:

“There is a substantial body of high quality research on the instructional impact of Teach For America teachers. The most recent study, commissioned from Mathematica Policy Research, Inc. by the U.S. Department of Education’s Institute for Education Sciences, found that students of Teach For America teachers learned 2.6 months more mathematics in a year than students in the same schools taught by teachers from traditional preparation programs or less selective alternative route programs.”

Professor Jez says that the consensus on TFA among researchers might be, “They may be better than other teachers in math, but there’s no evidence they’re very good at reading, and definitely not compared to experienced teachers.” TFA provides a five-week training seminar to its members prior to their being placed in schools. Critics of Teach For America believe that this level of training is insufficient and that TFA teachers enter the classroom without the skills needed to be successful. They also raise concerns about instability the and potential negative impact on students and schools caused by TFA teachers having only a two-year commitment to the program.—Marty Levine