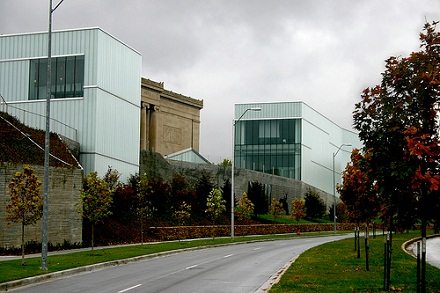 “We don’t want this foundation to be run from the grave,” Henry Bloch, cofounder of H&R Block Inc., said of his new foundation this week. “That would be a terrible mistake.” At his 90th birthday party, Bloch announced that he and his wife have established the Henry and Marion Bloch Foundation, which will inherit all of the couple’s personal wealth. The Blochs did not give a dollar figure for their wealth, but the new foundation is expected to be one of the largest in the nation’s Midwest region.

According to the Kansas City Star, the Bloch Foundation is designed to last forever and to be forever controlled by Bloch’s family. The Bloch family has been a leading charitable force in Kansas City for many years, and the new foundation will continue its contributions to the Nelson-Atkins Museum of Art, St. Luke’s Hospital and the Bloch School of Management at the University of Missouri–Kansas City. Bloch has made it clear that he wants to pay back Kansas City, a community where his company was able to flourish. While the new foundation will continue to look after those three major institutions, the foundation’s mission includes education for poor, disadvantaged and low income residents, social services, the provision of basic human needs, and the formation of “pathways out of poverty.” The new Block Foundation’s priorities are in line with the finding of the Foundation Center that family foundations—which account for three-fifths of overall giving by independent foundations, amounting to $20.6 billion in 2010—are targeting a large portion of their giving to the economically disadvantaged and to children and youth.

Bloch is sending an important message: he trusts his children and future family members to make decisions about how the foundation will evolve. The foundation’s board will originally be made up of his four children and will continue to include at least three family members. Unlike some wealthy donors who are placing restrictions on future giving to ensure that their values are preserved, Bloch has made it clear that he wants his trustees to have the flexibility to evolve as needs in Kansas City change. –Mary Jo Draper