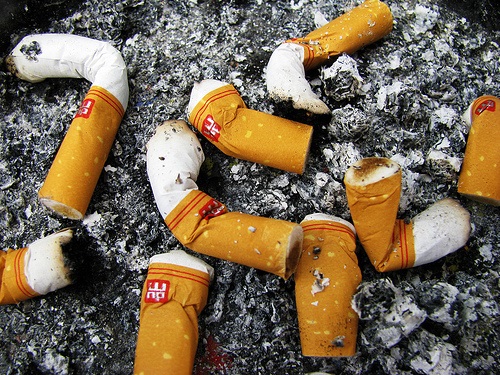 In light of our coverage of The Lancet’s series of articles on ridding the world of tobacco, we take note of the announcement from Bloomberg Philanthropies and the Bill & Melinda Gates Foundation of a $4 million fund, the “Anti-Tobacco Trade Litigation Fund,” to help nations pay for legal advice when their anti-smoking measures are challenged by the tobacco industry.

As we noted, the tobacco industry is not giving up with a fight, and part of that fight involves expanding the tobacco market into other countries. Interestingly, the Guardian article by its health editor, Sarah Boseley, notes that “the tobacco industry has invoked trade agreements” to fight against health warnings in Uruguay and “plain packaging” in Australia.

A statement from Margaret Chan of the World Health Organization explains the importance of the Bloomberg-capitalized fund:

“In an ominous trend, in some countries the battle between tobacco and health has moved into the courts. […] Governments wishing to protect their citizens through larger pictorial warnings on cigarette packs or by introducing plain packaging are being intimidated by industry’s threats of lengthy and costly litigation. This is an effort to deprive governments of their sovereign right to legislate in the public interest.”

With the litigation against Uruguay and Australia, it seems that the tobacco industry has internationalized the SLAPP suit—a strategic lawsuit against public participation—moving it from a tool meant to silence individual or nonprofit critics to a weapon to scare off governments from bothering to do battle with the multi-billion dollar tobacco producers. Given the billions in profits big tobacco makes from spreading its product lines, they will fight.

But the brief comment that the tobacco companies have invoked trade agreements in their cause raised the connection to NPQ Newswire’s commentary about the emerging Trans Pacific Partnership (TPP) trade agreement and President Obama’s support (and that of the strange, unknown pro-TPP coalition we wrote about) for fast-track authority in negotiating and presenting trade agreements to Congress. Although the public hasn’t yet seen the provisions of the TPP because it is being negotiated in secret, one widely discussed principle of the TPP would give foreign corporations the right to sue the U.S. government, bypassing domestic courts, to challenge laws that they deemed as frustrating their investment privileges.

That provision also goes the other way too, authorizing U.S.-based corporations to sue foreign governments they see as putting legal roadblocks, such as health and environmental laws and regulations, in their way. According to Public Citizen, that is just what the North American Free Trade Agreement (NAFTA) included in its provisions:

“NAFTA allows corporations to sue the national government of a NAFTA country in secret arbitration tribunals if they feel that a regulation or government decision affects their investment in conflict with these new NAFTA rights. If a corporation wins, the taxpayers of the ‘losing’ NAFTA nation must foot the bill.”

Last December, Manuel Pérez-Rocha of the Institute for Policy Studies described “investor-state suit” provisions in trade agreements, noting that Mexico and Canada have each lost several such suits under NAFTA, El Salvador had to pay $1.77 billion to Occidental Petroleum, and Venezuela was ordered to fork over $1.6 billion to Exxon. “Foreign investors can sue over alleged violations of myriad ‘investor protections,’ including public-interest regulations that would reduce their profits,” Pérez-Rocha wrote in a New York Times op-ed. “Equally troublesome, tribunal operations are often opaque.”

“Investor-state dispute settlement” (ISDS) is a typical provision in trade agreements, which is one reason why they are so popular with big corporations even when, like the TPP, the agreement is unseen and won’t be made public until, perhaps, after it is signed by President Obama and his counterparts from the participating TPP nations. One would think that it would basically apply to situations like the Venezuela case where the government nationalized foreign-owned oil facilities, but the frequent use of ISDS to challenge governmental regulations that the corporations don’t like is an expansion of its scope. According to Toby Landau, an arbitration lawyer experienced in ISDS cases, “They are covering all forms of governmental activity wherever that activity might have an adverse impact on a foreign investment, for example cigarette packaging, regulation of carbon emissions, nuclear policy and taxation.” That is exactly how Australia found itself on the wrong end of a suit from Philip Morris due to an ISDS provision in a bilateral trade agreement between Hong Kong and Australia.

The venue for the resolution of these corporate suits is the International Centre for Settlement of Investor Disputes (ICSID), created by the World Bank in 1966 as part of the Bank’s effort “to promote international investment by providing confidence in the dispute resolution process.” That confidence in these trade agreements comes from circumventing the domestic courts and challenging the regulations and policies of nations signing trade agreements like the TPP.

The ISDS provisions of the TPP, most assuredly in this secret treaty because that is what corporate investors want as much as anything else in “free trade” pacts, are what leads to the kind of tobacco suits against Australia and Uruguay. At the same time Bloomberg announced the creation of the Anti-Tobacco Trade Litigation Fund, Bloomberg Philanthropies also announced its 2015 Global Tobacco Control Awards. The winners were the Brazil Ministry of Health and National Institute of Statistics, the Regional Life Advocacy Center in Ukraine, the Nepal Ministry of Health and Population, KONFOP in Russia, the Philippines Department of Finance and Department of Health, and, ironically, the Uruguay Ministry of Health. For promoting the TPP and its corporate-empowering provisions, the Obama administration and the ersatz Progressive Coalition for American Jobs aren’t among this year’s honorees.—Rick Cohen