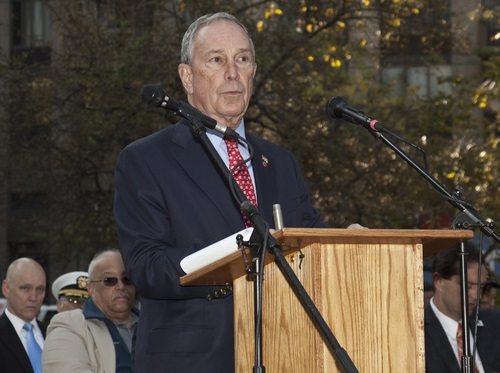 Michael Bloomberg, who is well known for his interest in public health initiatives, has announced that he will place $50 million into a campaign on gun control. He intends to model the effort after Mothers Against Drunk Diving (MADD).

That $50 million figure is significant; it’s approximately 150 percent more than the NRA spends on political activities in a year. The strategy, which is designed on a grassroots organizing model, will concentrate on women, and mothers in particular. The focus will be on expanding the background check system for gun buyers, both at the state and national levels, and it will focus on 15 target states, including Colorado, Washington, Texas, Montana, and Indiana.

The plan is ambitious, and it resembles venture capital in that he is requiring real change from the groups to be funded, Mayors Against Illegal Guns and Moms Demand Action for Gun Sense in America. He is requiring that they combine as part of an umbrella group called Everytown for Gun Safety. There will also be an advisory committee—appointed, we assume, by Bloomberg himself.

It is a bold and interesting effort, but it does have its risks. It purports to build a “grassroots” effort with a centralized point of control/funding and with the central point of control having the much publicized rep of promoting a “nanny state,” which fits squarely with conservative rhetoric, as one can note right here.—Ruth McCambridge