Blurred Lines: Universities Experiment with For-profit, Nonprofit, and Other Hybrids 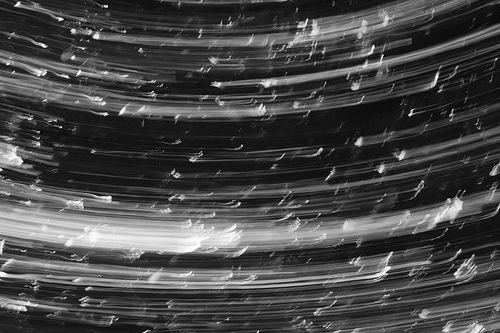 Most people who know of Alliant International University (AIU) would regard it as a small, primarily graduate and professional studies university serving approximately 4000 students in several campuses throughout California and one site in Mexico. If asked about AIU’s corporate status, students or those otherwise knowledgeable might not know, or would guess the traditional answer of “nonprofit,” the legal status that has predominated most universities’ structures since the start of higher education in the United States. Until recently, that would have been true. Then, AIU decided it needed to switch from a nonprofit to a “public benefit corporation” (PBC), a growing legal designation designed for for-profit entities that have missions that serve the public good.

How AIU came to the strategic decision to switch its legal status may reveal how seriously other universities are considering a similar move. AIU is the result of a merger of two other universities in 2001 and, like other universities, has seen some volatility over the last several years. An article in Inside Higher Ed describes AIU as having “no endowment to speak of” and, according to President Geoffrey Cox, the university, like most tuition-dependent colleges and universities, has a business model that is “‘pretty well broken’ for the long term.”

To address this brokenness, Cox stated that AIU “did what it could to expand its programs, and it tried some other creative strategies, like selling and leasing back one of its buildings. But those were all short-term approaches, not structural changes that might let Alliant raise enough money to ‘keep tuition prices as reasonable as possible, invest in innovation and make our programs available to more and more people.’”

The strategy of switching to a PBC to alleviate its previous issues came about less by a strategy from AIU and more by being acquired by a private firm—Arist Education System, a new firm created by the University Ventures Fund and financed by the German media company, Bertelsmann. According to the article, Arist’s mission is to “fill the need for a new generation of health professionals who can work effectively in the integrative teams (of doctors, nurses, pharmacists, social workers, etc.) that many hospitals and health systems are now embracing.”

In leading efforts like AIU and thinking of PBCs, Arist believes that universities should “focus intensely on student outcomes—and…that is likeliest to happen if the universities’ social mission is ‘enshrined and protected’ in their structure and organization,” according to Arist’s strategy head, Douglas Keiller. By choosing the PBC route, Alliant “can take in the private funding it needs to improve its student services, pedagogical technology and international reach while committing publicly to keeping its mission and public purpose foremost.”

As Alliant is in California, where there are PBC guidelines, Alliant will “be accountable not just to their boards and bottom lines, but to workers, customers and society at large. They must report annually on their environmental and social performance using independent standards” and Alliant aims to keep most of the same governance and staff structures in place.

While this move by Alliant is seen as positive by a number of people close to both the university and Arist, there are others who believe there are problems with Alliant’s new direction. According to Robert Shireman, who now leads California Competes, a higher education reform group, and is described as the architect of the Obama administration’s effort to tighten regulation of for-profit colleges, “There is a hazard that [benefit corporations’] supposed commitment to good will be purposely confused with legitimate 501(c)(3) entities.”

Shireman says that “benefit corporations were ‘deceptively’ portrayed as being dedicated both to the public good and shareholder benefits” and that these PBC’s “are subject to the same fundamental, problematic incentives that affect investors in traditional for-profits.” Shireman ends by stating that there are only minor differences between PBCs and traditional corporations.

As Alliant moves forward, many in the nonprofit sector and its regulators will be watching to see the results—possibly changing the face of higher education, and other sectors like health, for years to come.—John Brothers