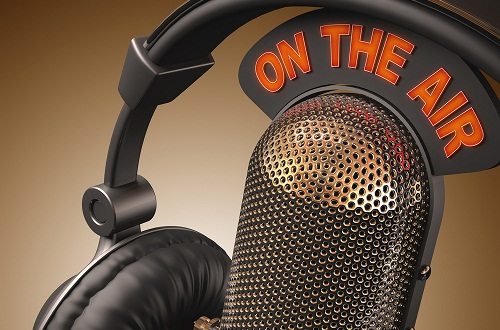 On February 12, Capital reporter Nicole Levy suggested that WBAI-FM interim program director Bob Hennelly was running out of time to turn around the station’s dire financial situation by raising $500,000 before the end of the month. A day later, Hennelly was fired by general manager Berthold Reimers—in the midst of a floundering on-air fundraising campaign and an ongoing effort to fill the airwaves with call-in programs produced by volunteers, replacing the more costly, although perhaps more tested and broadly appealing, syndicated programs previously offered through WBAI’s parent organization, the West Coast-based Pacifica Foundation.

Hennelly, who was only hired by WBAI in December, spent the previous decade as a reporter for New York NPR affiliate WNYC. He doesn’t seem to have been given much time—and certainly not much in the way of resources—to have an impact at what Pacifica called its “flagship station” in a February 10 news release announcing that former interim executive director Summer Reese had just been named executive director. That’s the same Summer Reese who last August made “a tearful on-air announcement” that WBAI was laying off 19 of its 29 employees—including the entire news department—“just to cover basic expenses like the rent for its transmitter atop the Empire State Building,” as reported by Ben Sisario in the New York Times.

At that time, Reese pointed to a dysfunctional board structure at Pacifica, saying in an interview, “This is what the board does…it fiddles while Rome burns.” Which is notable, not least because the recent Pacifica news release also indicates Reese served as chair of its board of directors in 2011, 2012, and 2013.

Pacifica owns five non-commercial, listener-supported radio stations across the country. Founded in 1946 by a World War II conscientious objector, Pacifica holds an important place in the history of public radio; in fact, the foundation describes itself as “the grandmother of public radio.” Its far-left-leaning stance has placed it front and center on numerous issues and news stories over the years, and the website proudly cites several, including “impounded program tapes for a 1954 on-air discussion of marijuana, broadcasting the Seymour Hersh revelations of the My Lai massacre, bombings by the Ku Klux Klan, going to jail rather than turning over the Patty Hearst tapes to the FBI, and Supreme Court cases including the 1984 decision that noncommercial broadcasters have the constitutional right to editorialize.”

WBAI-FM 99.5 was a leader in the freeform radio movement of the 1960s. Among its claims to fame are an early appearance by Bob Dylan, the on-air premiere of Arlo Guthrie’s “Alice’s Restaurant,” and an FCC indecency citation (upheld by the Supreme Court) for airing George Carlin’s seven “filthy words.”

It’s clear the flagship was sinking before Hennelly got there, with only about 14,000 contributing members on the rolls and 134,600 listeners in an average week. As noted in the Times article, WBAI has operated in the red each year since 2004, accumulating more than $3 million in net losses.

In an email to his colleagues after learning he’d been fired, Hennelly pointed to “Pacifica’s dysfunctional governance and the troubled WBAI business model,” and he’s not the first to call attention to those weaknesses. Times reporter Sisario noted in August that Pacifica has a cumbersome and resource-intensive board model, with expensive elections held in two out of every three years and $100,000 in legal bills, many relating to board elections. And unlike other public radio stations, the Pacifica network relies exclusively on listener support, eschewing the underwriting support most public broadcasters have long since accepted as critical to their business models.

Hennelly’s farewell email suggests that he had a plan to introduce underwriting support at WBAI—although it’s not certain Pacifica’s national board would have approved it—and that he already had made modest headway in generating interest from local labor unions. But with the changes he had introduced—resulting in what Columbia University journalism professor John Dinges called “checkerboard programming”—it’s not clear that Hennelly’s business plan would have been any more viable than the one he inherited.

It’s also not clear why interim program director Hennelly—and not general manager Reimers—was on the hook for the station’s fundraising shortfall. The Pacifica Foundation website does list a job opening for a Development Director at WBAI, noting that applications are due by October 31, 2011.—Eileen Cunniffe