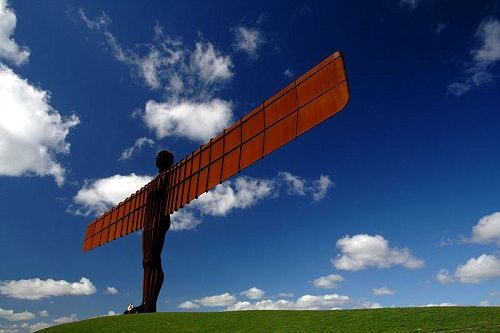 I approach this essay with not a small amount of trepidation. But it’s been writing itself in my head for over two decades now, and it’s more important than ever to take it on. So here goes:

We who work in the nonprofit sector can be prone to just a bit of self-sanctification for ourselves and our cronies. After all, we sacrifice, we follow our passions, we are deeply committed and high-minded, we accept less pay—or no pay at all—and we give until we have almost nothing left. We are, by any measures we take of ourselves, better human beings than any who are not in our sector.

Or so the narrative usually goes, and any exposure as less than saintly—say, via a salary exposé in the local press—is always denounced as cruel and unfair. Certainly, there are sinners among us, but the rest of us? Definitely not. Probably. Yes, it’s an overstatement.

But there is a halo that comes with (or is brought to) the nonprofit designation, and that halo shines more or less brightly depending on many factors. But so what? Why should it matter if that’s what people think of the good work they do? Much of it IS true. We ARE looking for work in our lives that ultimately improves the human condition to whatever degree we can do so. We want to be part of the solution, not part of the problem. And we know that this work is hard, and it is rare to be able to show something for everything we do. Our victories are small and often short-lived. But we stay in there, year after year, making our sacrifices, earning our small(er) salaries, and trying to keep all these “other people,” these “outsiders,” from coming in and trying to tell us how to do this work.

Because how can someone show someone else how to be a better saint? How can you possibly overlay mathematical equations on the inspiration of Sacred Work? And how could anyone ever tell the person who CREATED an organization—who conceived, and birthed, and fed, and nurtured it to health—that there are better ways of running it? No! The work is wholly based in divine inspiration, and answers ONLY to the divine that provides it sustenance.

And perhaps most important, at both the level of governance and the level of the street: Volunteers give time as an act of love, and thus can NEVER be corrected. They can only be thanked.

For me, after many, many years of working with this and watching it go on in the nonprofit sector, this thinking—which is actually not thinking at all; it’s a visceral, emotional belief—has become the central way that the sector has hobbled itself from moving forward and becoming an even greater steward of the solutions it is seeking to bring.

So am I saying that the love and desire to improve the human condition that is a primary motivating force behind nonprofit work must be somehow crushed and rejected?

I’m saying that the nonprofit sector, and specifically the members of boards, and members of staff, and founders and executive directors, must be much more willing to say, “Wow, I didn’t know that.” Or, “Hmm, that seems to be a better way of doing this.” Or, “Yes, I am out of my element here, and I have a lot to learn.” Or the almost never heard “Yes, I started this, and it’s time for me to hand it off and move forward.” More willing, that is, to be fallible, vulnerable, and open to learning.

But because board members, as an example, are volunteering their (undisputedly) valuable time to serve on a board, there is a tremendous hesitancy to require them to devote additional time to learning what they really need to know to make the highest-level decisions in the organization. No one wants to require them to take a course on the legal requirements of board service, or an overview course on nonprofit financial management, or even a two- or three-hour introduction to the organization they’re about to govern. ALL of these should be required. They are NOT optional, and they are certainly not irrelevant. And if the members of the board are out of their element, how can they bring everything they (undoubtedly) have to bring to the board? If all an organization wants from them is money, then they should have the courage to say so and ask for it, rather than try to flatter them with a place on the board and the hope they’ll then just write checks continuously. Respect them enough to teach them what they’ll need to know to contribute more than that.

Similarly, the fact that staff members at nonprofits are willing to accept lesser salaries should NEVER mean that they are not worth additional professional development and investment. The fact that they are being forced to “do more with less” actually argues that they MUST be taught better and deeper. And it is my position that this is a profession as much, or more, than it is a “calling.”

The organization, of course, has no other choice because—at least in its view—it ALSO accepts that “nothing can be done.”

“We are a charity, our means are small, our prospects are slim, and anyway, our work is based in love. Get used to it.”

The Founder-as-Martyr is the most extreme and unfortunate example of the language (and emotion) of charity. “Founder’s Syndrome,” while certainly not limited to the nonprofit sector, seems to be particularly virulent in it. After all, in the for-profit sector, one either folds or sells out. In the nonprofit sector, neither need happen, and a founder can hold on literally for decades with only a few sympathetic donors. The issue here is with the people being served, not with the founder. Once people come to depend on the services, the primary consideration should be to continue them.

In my experience, the most frequent occurrence is that the organization outgrows the founder’s ability to manage it, but the founder refuses to believe that. “It worked just fine when I started it” is never a good reason for continuing to operate in a particular way, but because of everything the founder has “sacrificed” (remember that second paragraph), they believe in their absolute right to continue, even down to firing everyone and disbanding the board that opposes them—which is, as everyone on the board would have known if they’d taken the course, completely illegal.

There is no question—none—that the nonprofit sector was built by very dedicated, smart, extraordinary individuals who made decisions to strike out and start something they saw as missing or sorely needed by the people in their communities. Organizations don’t begin whole. People start them, and people nourish them. Individuals must be acknowledged as the catalysts that form the sector.

And then, individuals need to grow, evolve, professionalize, or step aside so that the need they sought to fill can continue to be met. The language of charity allows them to stagnate and forbids those around them from correcting them. It stymies boards into submission and forces staff into silence. And it ultimately turns something created through love and dedication into something ugly.

Language always matters. And whether we’re talking about what boards should or can’t do, or staff needs, or how founders should be “handled,” the language of charity will always limit and restrict any action out of a false sense of deference. We do this work because we are human, and this is what humans do. I’ve known for a long, long time that I’m no saint, and I’ve just been waiting for everyone else to bust me on this point. I guess I’m hoping this can be my defense when it happens.

More about: Board GovernanceManagementOrganizational culture and its driversSocial Sector Leadership