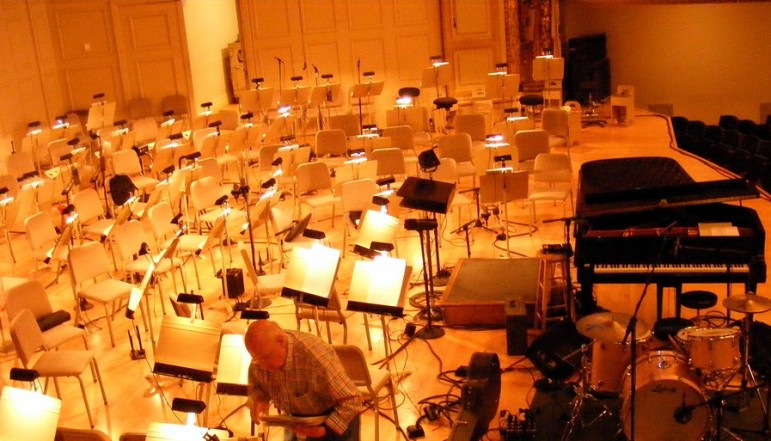 Last week, the Boston Classical Orchestra announced what has lately become all-too-familiar news in the classical music world: The 34-year-old institution is filing for bankruptcy and cancelling the remaining concerts in its 2015-2016 season.

For many who remained supporters over the last several years, the news was devastating, if not surprising. Board chair Ronald Arky said that the group’s traditional revenue sources had all largely withered away and that the group was surviving on the largesse of dedicated donors and the loyalty of subscribers.

Arky went on to explain that much had already been done to save the chamber orchestra, which has between 21 and 45 members, depending on the pieces being performed, but the organization was clearly in a death spiral. In winter of 2014, the orchestra issued an emergency appeal to raise enough funds to complete the 2013-2014 season. In the 2014-2015 season, the orchestra’s leadership decided to reduce the number of concerts in its season by half in order to meet operating costs, cutting down the number of annual performances from ten to five. Neither of these drastic actions were enough to turn the orchestra’s financial troubles around. When a last-ditch emergency appeal in November 2015 failed to raise the necessary funding to support the rest of the 2015-2016 season, the BCO was forced to cut its current season short and cancel its two remaining concerts.

But a number of the musicians are not ready to accept defeat so readily, and have incorporated a new nonprofit organization called the Bach, Beethoven & Brahms Society of Boston (BB&B). Steven Lipsett, who has been the music director of the BCO for more than twenty years, says that BB&B plans to burst back onto the scene with a deepened “commitment to music education, especially in underserved neighborhoods of Boston.” Although they may “branch out to include concerts or recitals at other venues…our central mission will be to play the music you love, with the musicians you love, in the Faneuil Hall venue you love. (And next season’s subscribers will receive complimentary seat cushions…)”

In fact, the new group is vowing to honor performance and ticket commitments. “The players and I are enormously grateful to our public in Faneuil Hall to the point that we are incorporating a new professional orchestra to try to fulfill a similar mission, a similar role, as well as do some things that we’ve been constrained to do from a narrowness of a piece of the BCO mission,” Lipsitt said. He didn’t embellish on what that “narrowness” might be, but he points to some factors they intend to build upon, including the deep rapport of the musicians. “Our audiences are among the most enthusiastic in town, and we feel it’s important that the ensemble continue to offer a series of live concerts in that historic space.”

As for evidence of the musicians’ collective enthusiasm, the orchestra’s timpanist, Dennis Sullivan, says that almost all of the orchestra members will joining Lipsitt’s new venture. “For me and my colleagues in the orchestra, this has been a very special ensemble to be part of,” Sullivan said, adding that a core of the players had been there since the group’s founding in 1980. “There were many wonderful musical experiences and a beautiful venue. It was a happy place for people to come. And we hope the new organization will give opportunities for local audiences to keep enjoying all that [these musicians] have to offer.”

The group obviously also has a niche and its own special personality, as described here by the Boston Globe:

Boston Classical Orchestra was founded in 1980 by violinist Robert Brink, with F. John Adams as its first conductor. The group quickly became identified with BSO violinist and Boston Pops conductor Harry Ellis Dickson, who led it as music director from 1983 to 1999. The group attracted top-tier Boston-area freelancers to its ranks, and carved its niche with exacting yet unstuffy performances of core symphonic repertoire—often by Mozart, Haydn, or Beethoven—played on modern instruments in an intimate space.

During his tenure, Lipsitt extended Dickson’s personable approach, often speaking with the audience from the podium, and he carried forward the group’s mission while working to expand BCO’s programming template in creative ways. (One program, for instance, paired rarely encountered works by Felix and Fanny Mendelssohn.) The orchestra also frequently tapped soloists from the local community, a practice that delighted hometown crowds and often drew fellow professional musicians to hear one of their own. BSO principals Toby Oft (trombone) and Thomas Rolfs (trumpet) are still scheduled to perform with the group, in its new incarnation, on March 6th.

We can only speculate about the potential of this group, which the Globe suggests faces an uphill battle in Boston’s cultural array, but there is no doubt that it has the basic requirements to make a go of it—dedicated citizens with a vision, and fans. The question is, can that be transformed into something not necessarily big, but rich and sustainable?—Sophie Lewis and Ruth McCambridge