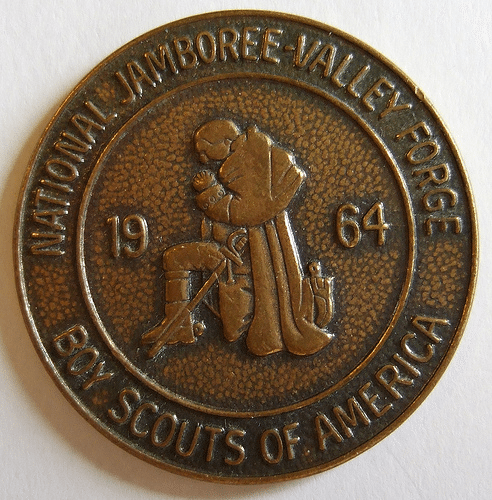 Today the Boy Scouts of America (BSA) announced that it would not make a decision on whether or not to lift the ban on gay scouts before its annual meeting in May. According to a BSA statement, “After careful consideration and extensive dialogue within the Scouting family, along with comments from those outside the organization, the volunteer officers of the Boy Scouts of America’s National Executive Board concluded that due to the complexity of this issue, the organization needs time for a more deliberate review of its membership policy.”

The scouts are being lobbied hard from both sides of the issue but on Monday, reports the Wall Street Journal, representatives from religious groups requested that the board delay the vote, although some of those representatives were for the change and some were against it. For instance, Michael Purdy of the Church of Jesus Christ of Latter-day Saints commented that the Scouts “acted wisely in delaying its decision until all voices can be heard on this important moral issue.” The Church considers same-sex relationships a sin and also sponsors approximately 38,000 Boy Scout troops, making it the largest Boy Scout troop sponsor in the country.

The second-largest Boy Scouts sponsor is the United Methodists, which sponsor 11,000 units and the Journal points out that they do not allow “self-avowed practicing” gays and lesbians to serve as clergy. The Roman Catholic Church sponsors 8,570 units, making it the third biggest sponsor. So we might imagine the problem the board faces. But Jay L. Lenrow, the former national chairman of the Jewish Committee on Scouting, commented that the ban is a stand against pluralism and is “absolutely allowing the teachings of certain religious groups to trump the teachings of other religious groups…These are not our principles.”

The Christian Science Monitor cites Tim Parsons, a history professor at St. Louis’ Washington University, as saying that the Boy Scouts of America faced a similar bind in the early 20th century over racial segregation and finally concluded that desegregation would be handled at the local level. He thinks that the BSA may try the same tactic this time but that it may well be less successful. “Scouts are used to having access to state resources at a local or national level. They risk becoming marginalized,” said Parsons. “My guess is they’ve essentially calculated their best chance of survival is to bend in the wind.” –Ruth McCambridge