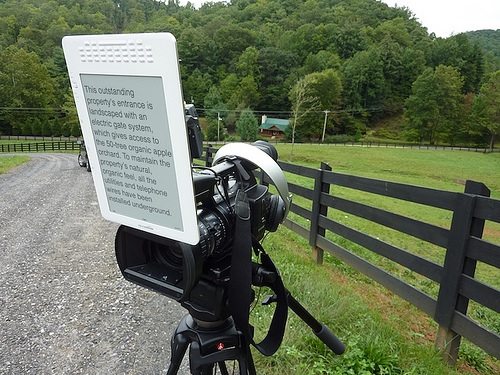 Over the past six years, one of the innovators in charter school education has moved to educate some of the world’s poorest children for less per month than it costs to buy a venti Frappuccino. The founders of Bridge International Academies, a Silicon Valley startup with aggressive goals, were just named Social Entrepreneurs of the Year by the World Economic Forum for its innovation and success in educating children in Kenya. The company, which now boasts the “largest chain of private schools in Africa,” according to Izzy Best, reporting for CNBC, is poised to enter three more countries—India, Uganda, and Nigeria.

The first Bridge International Academy opened in 2009 using a “school-in-a-box” franchise model. The objective, says Best, was to give “children a quality education for roughly $5 a month, beginning with early childhood development classes through eighth grade.” Founders Jay Kimmelman and his wife, Dr. Shannon May, have since established more than 350 locations in Kenya that serve more than 100,000 pupils. They have received significant recognition for Bridge International, which was named one of the 25 Most Audacious Companies by Inc. in 2014.

Supported by big-name investors, including Bill Gates and Pierre Omidyar, the company looks to provide quality schooling to children living in extreme poverty. According to the World Bank, Best reports:

“One billion people will live in extreme poverty in 2015, while 2.2 billion people live on less than $2 a day. […] For many who live in developing economies, this means that access to good schools remains elusive, as the effects of poor education limits employment opportunities and increases inequality for women. Bridge International seeks to remedy this problem with a low-cost educational model.”

Bridge International takes advantage of technology to achieve its aims, including the use of tablets and smartphones. Standardized curricula are delivered simultaneously and concurrently by the teachers, who use tablets to coordinate their efforts. These scripted lesson plans have “step-by-step instructions explaining what teachers should do and say during any given moment of a class.” Administrative tasks, including tracking of teacher schedules and subsequent student evaluation, are included with the package so Bridge can be sure their “Academy Managers,” as administrators are called, deliver the program as expected.

According to the company’s website, Bridge “invested large sums of capital in research, development, technology, and curriculum before even the first pupil was admitted,” to achieve “efficiencies both in terms of the overhead costs required to run an academy and in terms of increasing the quality of the output”:

“The vast majority of non-instructional activities that an Academy Manager would normally have to deal with are all automated and centralized through a combination of our Academy Manager’s smartphone application and our Teachers’ tablet application. This frees our Academy Manager to focus on the critical work that must be executed locally—overseeing classroom instruction and building and managing relationships with parents and the local community.”

“What we’ve done,” Kimmelman says, “is taken a systems approach and looking at all the parts of the educational process and say, ‘What parts do you need to deliver world-class quality education, but at a price point that a customer is getting an experience that you’d get at any great school anywhere in the world?’”

Terrance Ross, reporting in October in the Atlantic on what Kimmelman and May had achieved with Bridge International, contrasted the Bridge Academies with the offerings from Kenya’s public schools. Ross states that, according to a report by the World Bank, only “35 percent of Kenya’s public school teachers showed ‘mastery of the curriculum they teach.’ […] Previous attempts to solve this problem have been expensive, and ineffective,” despite the fact that “the government spends more than any of its neighbors. There’s a disconnect between Kenya’s spending on education and learning outcomes. […] This is where Bridge has found its niche: somewhere between the exorbitantly expensive private schools and the absentee-ridden public ones.”

According to Ross, it’s been working to some degree: “Bridge’s students score an average of 35 percent higher on core reading skills and 19 percent higher in math than their peers in neighboring schools.” However, he also points out the dangers of Bridge’s style of cookie-cutter schooling:

“Kate Redman, a communications and advocacy specialist for UNESCO’s Education For All initiative, […] warns against Bridge and other private schools for potentially ‘imposing external cultural values’ on the country. While private schools can help, it can be a slippery slope as well—the onus should remain on public schools to keep improving.”

Others, too, have questioned Bridge International’s formulaic approach. Jason Beaubien, NPR’s Global Health and Development Correspondent, described it this way:

“Their business model takes the franchise model of McDonald’s, merges it with a tablet computer’s efficiency at delivering information, automates daily operations through a smartphone and then plunks the final product down in a third-world slum for $5 a month.”

His segment included a comment from Ed Gragert, the U.S. director of the Global Campaign for Education, which advocates for increased access to education in the developing world: “If somebody suggested that kind of an educational model in this country, they would be laughed out of the educational community. That’s not how kids learn best. Kids learn by interacting with each other. It seems like we are going back for the sake of somebody making a profit to where a robot could teach that class.”

Bridge’s May disagreed, saying the company had a different view of their teachers. She emphasized the company is working to “solve one of the biggest problems facing the poorest of the poor—the lack of access to decent education.”—Susan Raab