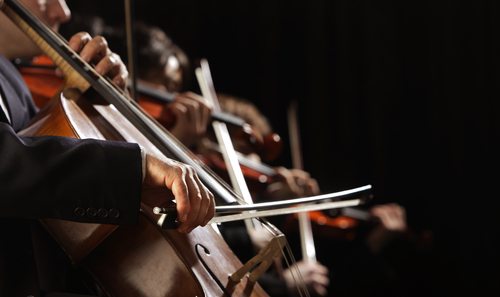 Ivan Hewitt of the Telegraph in the U.K. challenges the recent labor actions of American orchestras in major or emerging markets, stating, “American orchestras like to speak the language of populism. They talk about getting out of their concert halls, and being close to the communities they want to serve. But these protestations of a democratic spirit will ring hollow, as long as the players themselves are receiving princely salaries.”

The paper highlighted the very public dispute with the Minnesota Orchestra, which has not performed since the end of 2012, citing that “the dispute has reached a point of bitterness where each side can see nothing but malice and stubbornness in the other.” According to Minnesota’s Star Tribune, after a long holdout, the opposing sides began talking, but those talks abruptly a couple weeks ago after “management rejected pay proposals put forward by locked-out musicians.” Famed international negotiator and former U.S. senator, George Mitchell, is involved in the mediation between the two sides.

According to the Telegraph, “management insists the accumulated $6 million deficit is unsustainable and requires drastic action. They want a cut in the player’s basic salary of almost a third, a reduction in benefits and conditions” while the musicians have “mounted a counter-attack on their own website, castigating the management for lack of artistic vision, and asking whether a big fund-raising campaign was the wisest course of action.” The dispute outlines the greed and challenges of American orchestras, which has seen a rise in salaries, even in the recent financial challenges.

Hewitt, who covers the classical music beat for the Telegraph, noted the average salaries of orchestra players, outlining the top salaries of the Los Angeles Philharmonic Orchestra, where salaries have risen from $122,000 to $143,000 over the last five years. Hewitt writes that this figure would be “surprising in good times. But that period covers the banking crisis, the collapse in American property values, and more importantly the collapse in returns on investment portfolios—a matter of vital interest to American orchestras, which get a sizeable fraction of their income from endowments.”

While it is true that the musicians union has been involved with a number of high profile disputes in recent years—in Detroit, Chicago, New York and elsewhere— in many cases, the disputes were over compensation reductions, not demands for increases, and Hewitt’s argument does not recognize that. According to this article from the Philadelphia Inquirer, for the “vast majority of American orchestral players, a spot in an orchestra does not bring a six-figure salary, or even, in many cases, a living wage. When the contract of the 53 members of the Alabama Symphony reaches maturation in 2014, players will earn $39,485.90 annually. At the Buffalo Philharmonic Orchestra that season, base pay will be $43,134. (Modest sweeteners are given for seniority and rank.)”

And going back to the Minnesota Orchestra, the tax return filed by the orchestra revealed that Michael Henson, its president and CEO, received $202,500 in bonus pay in 2011, which boosted his total compensation that year to $619,313. He has, however declared that he will take the same salary reduction as the musicians.

In the end, there are issues of fairness in restructuring, salary competitiveness on the world stage, cost of living, and other issues at play in these negotiations. We would love to hear from those with views that support or oppose Hewitt.—John Brothers with Ruth McCambridge

More about: Arts and CultureManagementNonprofit NewsPolicy