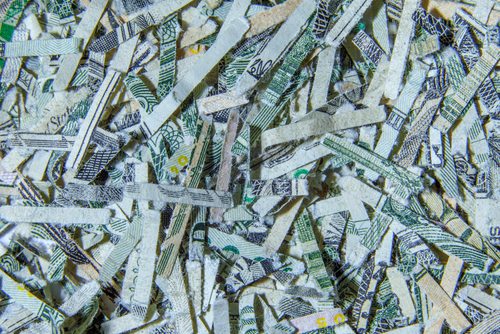 The nation is getting ready for the next round of last-minute battles to reach a decision on a Fiscal Year 2014 budget (all but impossible), a continuing resolution to keep the government running (more like), or a government shutdown (please, no!). Oddly, the sequestration part of the budget battle is not being addressed, at least for the pieces of concern to nonprofits, partly because the public is growing to like the cuts, partly because President Obama has taken credit for their deficit reduction impacts, and partly because elements looking to be protected from sequestration are the military and the FAA, not the social safety net.

Inside the Beltway, counterintuitive is obviously the way to go. Slate’s Dave Weigel reports on the increasing popularity of sequestration cuts with voters. As reflected in a series of Washington Post polls taken since March of 2013 when the last budget deal was reached, voters disapproved of the across-the-board cuts by a 14 point margin that increased in April and May to 21–22 points. This month, Weigel reports that the margin is now only 7 percent, with 50 percent disapproving of the cuts, 43 percent approving, and 7 percent with no opinion.

Weigel blames it on President Obama, whose stump speeches have touted the nation’s falling deficits “going down faster than any time since before I was born…[and] by the end of this year…by more than half since I took office.” Although President Obama and Treasury Secretary Jack Lew have acknowledged that the cuts are acting as a drag on the economy, to be touting a deficit reduction that is largely attributable to the budget cuts seems contradictory and counterintuitive. Weren’t they the ones opposing the sequestration cuts because of its guaranteed harmful effect on the nation’s economic recovery? How is that “tout-able”?

Despite the confusing circularity of the White House arguments, Weigel is being too harsh on the president. We in the nonprofit sector have done a relatively lousy job in protesting the first round of sequestration cuts and predicting what the second round of cuts will mean come this October when the nation will purportedly have a new budget or at least a continuing resolution for keeping the government operating. Some slices of the nation’s polity are effectively getting their anti-sequestration points of view across, but the nonprofit sector isn’t all that high among them. With less than two weeks to go before the beginning of a new fiscal year, here’s who you might see getting traction in the press when it comes to sequestration:

Where are nonprofits in the public pushback on the sequester? They’re hard to find, in part because some in Congress argue that programs for the poor and other people in need are largely covered by “entitlement programs” such as Social Security and Medicare, which have been largely protected from sequestration. Implicitly, Congress is saying that “discretionary” social programs are discretionary not because they aren’t determined by formulas like Medicare and Social Security, but because they can be funded when times are good and scotched when revenues are tight, and people will survive nonetheless.

By our analysis, many nonprofits haven’t really told the hard, concrete stories of the impact of the first round of sequestration on their programs and the prospective impact of round two. Worse, they haven’t gotten the message picked up in the mainstream media or in the political media the way the Pentagon, the FBI, and the FAA have succeeded in carrying their message. They succeeded in convincing far too many Congress last year that it was the charitable deduction that they cared about, but government spending wasn’t something around which the sector would similarly coalesce. No wonder the public is growing increasingly accepting of sequestration cuts. – Rick Cohen