Building Partnerships in Indian Country through Relationships: Rules for the Road 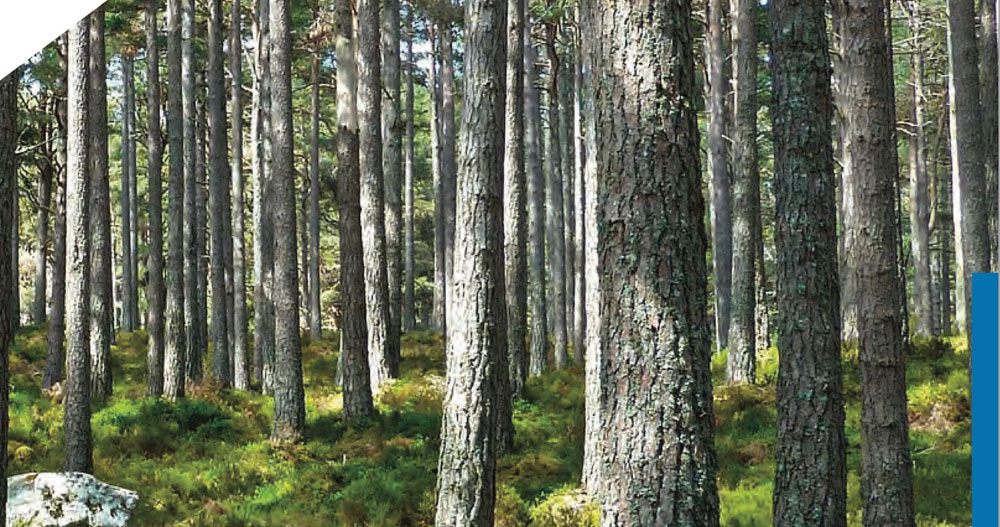 This is the ninth and final article in a series of community voices that NPQ, in partnership with the First Nations Development Institute, has published this fall. It features Native American activist writers who highlight the practices of community building in Indian Country and identify ways that philanthropy might more effectively support this work.

I participated in my umpteenth “funder roundtable” last month. I say “umpteenth” because I don’t know how many I’ve planned, participated in, spoken at, or attended in over three-and-a-half decades of working with philanthropic and Native organizations. Dozens, at least. A funder roundtable is an event where funders come together to collaborate, network, learn from one another, and sometimes hear directly from nonprofit organizations.

I’ve attended these events as a representative of Native nonprofit organizations and as a foundation representative, and sometimes as both. For most of my 35-plus-year career I’ve been both a grantseeker and a grantmaker. This latest funder roundtable was somewhat unique in its location—Rapid City, South Dakota—and unique in that a national Native nonprofit, First Peoples Fund (FPF), invited partner foundations to come together to host this event. For full disclosure, I am the chair of the FPF board of directors, but I was largely there as a partner host representing the Johnson Scholarship Foundation (JSF), where I am vice president of the board and have served for more than a decade. JSF has funded Native causes for more than 20 years.

The goal of this roundtable, “Within, Together, Collective,” was to bring together local, state, regional, and national foundation representatives who have experience funding Native issues with those, particularly from South Dakota, who want to learn more.

The Rapid City roundtable was a direct response to a number of important reports by Native organizations addressing not only deficiencies in foundation funding of Native causes but the larger narrative about Native people in the US and why and how to change it. FPF used the findings from these reports and their 20-year experience to ask partners to join them both to increase understanding about Indian Country and bring other foundations to the table.

This recent event and the report findings led me to look back at the past 35 years of my work with Native nonprofits and how our relationship with philanthropy developed. Have we made progress? Are there lessons from this history?

My first experience with philanthropy was a doozy as first experiences go. It was a day-long meeting with the biggest foundation in the country in 1985—the Ford Foundation—and it was my first day working with what was then the First Nations Financial Project—now First Nations Development Institute (FNDI).

Ford was holding a meeting at their New York City headquarters of their program officers from around the world to discuss the latest developments in microenterprise lending and development financing. The Ford program officers were our biggest advocates and wanted us at the table to share and to learn.

This tiny, five-year-old, Native women-led nonprofit organization, working in sustainable asset-based development (yes, we used an asset framework in the 1980s) in Indian Country, was invited to participate in this global meeting. We were working on the Pine Ridge Reservation to help the community start what would become the Lakota Funds. Ford was providing us with amazing access to innovative thinkers and doers working in similar areas across the world.

At FNDI, we recognized early on the importance of philanthropy in funding innovative ideas in our communities and other vulnerable and underserved communities. Because of our focus on helping Native communities take control of their development, we opted from the start to not accept government funding. That meant we had to open new doors with foundations. And to do that, funders had to learn about Native issues. And we had to learn about foundations.

Efforts to educate and engage foundations from the 1980s to today include tools such as funder tours and site visits to have people learn firsthand about programs that work and for representatives of communities and foundations to meet one another. Connecting with people on drives to remote communities or while waiting for help when your bus gets a flat tire are moments to remember fondly. Funder collaboratives were a relatively new tool in the early 1990s to bring together new funders to learn about Native causes from their peers who had some experience. Grants were pooled, the participating foundation representatives served together on a grant committee, attended roundtables, and traveled to Native communities.

Convening Native nonprofits at foundations’ offices was also a strategy and provided for more foundation staff to hear from communities and learn about particular causes, approaches, and models. Foundations may not be able to send 20 people on a site visit, but they could host a day-long symposium on Native issues for their entire staff. And the Native representatives gained valuable experience and exposure to foundations.

To change philanthropy, you must have Native people in philanthropy and have Native philanthropic institutions. In the late 1980s, there were few Native people serving on boards of foundations or as staff, but three of those folks came together and founded Native Americans in Philanthropy (NAP) at the Council on Foundations (COF) conference in 1989—Luis Delgado (who passed away this past October) and Lucille Echohawk were staff at foundations at the time, and Rebecca Adamson was on the board of the MS Foundation.

NAP’s goals were to bring together those existing Native staff and board members to learn from and mentor one another; to work to increase the number of Native staff and board members; to serve as a meeting place not only for Native people working in and serving foundations but anyone from philanthropy who wanted to learn more about Native issues and organizations; and to conduct research to better understand philanthropic funding for Native causes.

Today you will find many more Native people in philanthropy. The “usual champions” led the way, of course. Those foundations—national, regional, state, and local—that have historically supported Native causes over the long term—early on hired Native staff or appointed Native people to their boards, often from organizations with which they worked. My board positions on two non-Native foundations came about because we had worked together first and built a relationship.

In the 1980s, there were very few Native grantmakers and even fewer, if any, that were members of philanthropic infrastructure organizations. There was Seventh Generation Fund and a few small Native family funds. Not only did we need Native people as staff and board members in mainstream philanthropy, we needed our own Native foundations and grantmakers. By the end of the 1990s and into the 2000s, there was a growing number, including FNDI and a few that were started by those “usual champions,” who invested in Native institutions.

As tribal nations developed their economies over the last 40 years, they also developed their own philanthropic entities and efforts. One leader in this area is the Shakopee Mdewakanton Sioux Community in Minnesota who, over two decades, have provided more than $325 million to Native causes and organizations. Now there are an estimated 40-plus Native tribal philanthropic organizations that provide funding for mostly local and regional causes.

Most recently, class action lawsuit settlements with the federal government have led to two new grantmaking entities in Indian Country. Indigenous Education, Inc. was started with proceeds from the Cobell Settlement (largest class action lawsuit) for scholarships and the Native American Agriculture Fund was started with cy près funds from the Keepseagle Settlement with the US Department of Agriculture for discrimination in lending to Native American farmers and ranchers.

Well, enough of my reminiscences and history, what lessons are there to learn from these experiences that are still, and maybe even more, relevant today? For an in-depth report on strategies for foundations leaders and Native nonprofit leaders, please read the full FNDI Frontline report We Need to Change the Way We Think.

For Native nonprofit leaders, I offer the three following lessons:

For foundation leaders, I offer the following three lessons:

The evening before the “Within, Together, Collective” roundtable, those participants who had arrived early met for dinner and informal conversation—a little “getting to know you” time. I enjoyed a two-hour conversation with Andy Patterson, the president of the Sioux Falls Area Community Foundation (SFACF). We had just met, and Andy shared that he was thrilled to get the invitation to the roundtable and drove across the state of South Dakota to get there. SFACF did not do any Native funding and he was not embarrassed to say he was there to learn from the other foundations and Native nonprofits. Most importantly, he was making connections and adding to his network. He is the exactly the kind of person who the hosts hoped would attend the roundtable. I was excited about my “umpteenth” funder roundtable and looking forward to learning more the next day.

Sherry Salway Black has worked for more than 40 years on American Indian issues including with the American Indian Policy Review Commission, the Indian Health Service, First Nations Development Institute, and the National Congress of American Indians. She currently serves on the boards of the Johnson Scholarship Foundation, the Native American Agriculture Foundation, Prosperity Now, National Indian Child Welfare Association, and as chairperson for First Peoples Fund. In 2016, Salway Black received a Special Distinguished Leadership Award from the National Congress of American Indians. She is the 2019 recipient of the John W. Gardner Leadership Award from the Independent Sector. She is Oglala Lakota and is originally from South Dakota.