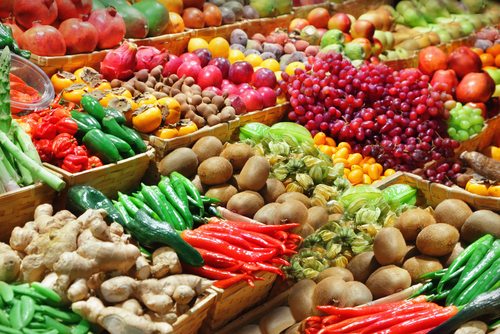 Some states are facing a challenge in meeting the standards of the Healthy Hunger-Free Kids Act of 2010, but not Mississippi. The Clarion-Ledger reports that “Mississippi is well-prepared to meet new federal nutrition regulations regarding school lunches,” according to information from state officials.

“We’ve been very fortunate in Mississippi,” said Scott Clements, the child nutrition director of the Mississippi Department of Education. “We have a legislature and state board of education [that] are both very cognizant of the challenges we have with nutrition in particular.”

In several states, meeting the nutritious food standards has led to school districts losing money on the costs of shifting to increased offerings of fruit, vegetables, and whole grains. In contrast, in Mississippi, the Statewide Purchasing Cooperative has helped the state obtain lower prices on foods that meet the federal standards by pooling buying power and coordinating low delivery fees. Established in 1992, the Statewide Purchasing Cooperative was the first statewide organization in the nation dedicated to purchasing nutritious school foods.

Because of the new regulations limiting sodium in school lunches, the Co-op is partnering with the Culinary Institute of America to generate low-sodium spice blends and develop low-sodium recipes that just might taste good.

It is good news to see Mississippi taking the lead on an important indicator of social progress. For too long, Mississippi has been a laugh line for comedians, most recently HBO’s John Oliver, who addressed progress on gay rights:

The sad truth is that Mississippi is often at the bottom of a number of social rankings. The United Health Foundation ranks Mississippi 50th in overall health conditions, with a very serious obesity problem, the nation’s worst rank regarding infectious diseases such as chlamydia and salmonella, and a stunning pre-ACA decline from 19.8 to 15.8 percent in the proportion of the population with health insurance coverage. Mississippi is tied with New Mexico as the states with the highest population proportions below 100 percent of the federal poverty level, including, according to Time, the highest rate of child poverty in the nation. The Annie E. Casey Foundation’s 2014 Kids Count report ranked Mississippi last in overall child well-being.

As the achievement of Mississippi’s Statewide Purchasing Cooperative demonstrates, there is nothing holding Mississippi back from changing its social and economic conditions other than popular will. If Mississippi’s electorate and, through their elected representatives, its government choose to shed its history of lagging social indicators, the potential for substantial progress is there. If Clements’ testimony about the Co-op is accurate, the state deserves recognition for doing something the right way.—Rick Cohen