(c)(4)s: An Explosive Device Blowing up the Nonprofit Brand? 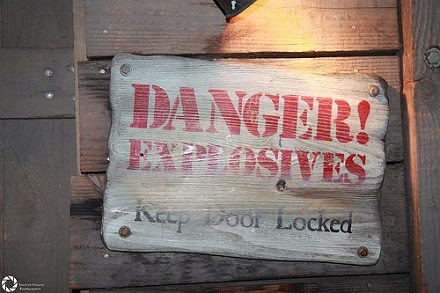 Investigative reporter Dina Rasor has a two-part series on how to reform election abuses perpetrated by the existence of 501(c)(4) nonprofit organizations going beyond the limitations of their charters (the first part is here and the second part is here). Particularly for 501(c)(3) public charities that might be interested in cleaning up their (c)(4) brothers and sisters because of the damage they are doing to the “nonprofit brand,” there are some useful insights here.

Rasor suggests that one problem (and one that we have repeatedly cited here in the NPQ Newswire) is that the law that restricts (c)(4)s to emphasize their social welfare functions and limit their partisan political activities “is only as good as the enforcement by the IRS and Federal Election Commission.” However, despite the calls from many to get tough on “social welfare” and clamp down on groups that clearly spend the bulk of their resources and programs on political activities, the FEC and IRS haven’t responded with a hard-nosed enforcement regime. She notes that there has been “a rash of complaints and lawsuits from watchdog organizations accusing groups like the American Action Network, [Karl Rove’s] Crossroads and the pro-Obama Priorities USA of operating as sham charities whose primary purpose is not the promotion of social welfare, but winning elections.” Everyone knows this. The managers of the big (c)(4)s are laughing up their sleeves, but the FEC and IRS somehow can’t get off the dime? Pathetic!

Rasor cites Adam Staggs of the Brennan Center for Justice, who says that a particular problem of enforcement is that these groups are often like “shell companies” set up for the purpose of “money laundering” for elections, and after the elections they can quickly dismantle themselves and circumvent potential FEC and IRS penalties. That seems solvable. For the (c)(4)s, prevent them from disbanding until after they have submitted to a full IRS or FEC review, and if they try to do quickie shutdowns, hold the managers personally liable. 501(c)(3) public charities cannot be expected to tolerate the power brokers behind 501(c)(4)s use and abuse of nonprofit confidentiality and nonprofit protections against individual liability. It only hurts the credibility of nonprofits that don’t exist for electoral purposes.

Rasor paraphrases Skaggs to suggest that “if a company decides to use its money for a certain political goal, the public also has the right to vote ‘with their wallet’ to boycott buying that company’s products. In other words, the company had the right to make a monetary political move, but they also, as a public entity, have to be transparent about it and accept any public blowback to their stance. Wealthy individuals also have that right to put in large amounts of money and need to be ready for public reaction.” We’re not sure that there really needs to be so many billions spent in our economy to misinform the electorate about its political choices, but at the very least, we agree that if big corporations or wealthy individuals are going to be allowed to put their money out in this way, they ought to stand up for their positions and accept the reactions of the people who buy their products to make them rich enough to use their funds this way in the first place.

The first installment in Rasor’s two-part series is a solid analysis of what’s wrong with the way many of these big 501(c)(4)s are operating, and the second part is a useful examination of efforts to rein them in, including the DISCLOSE Act. But we think it’s time for the nonprofit sector writ large, including all those 501(c)(3) public charities, to speak up as a sector and tell the secretive big money (c)(4)s to stop screwing around with the reputation of the nonprofit brand.—Rick Cohen