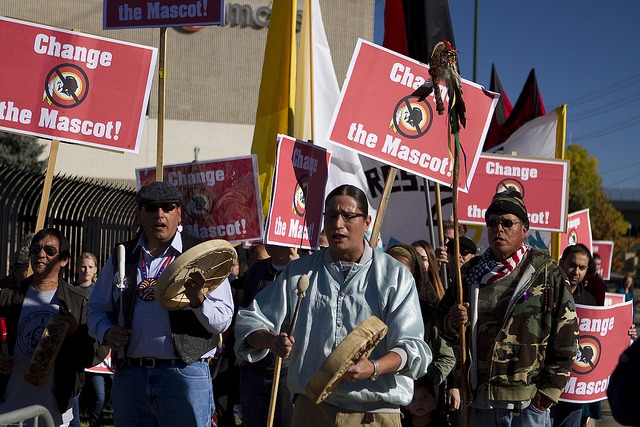 Give the California legislature and Governor Jerry Brown credit for taking an official stance against the racially derogatory epithet that is the strongly-defended name of Washington, D.C.’s National Football League franchise owned by internet mogul Daniel Snyder.

At the end of 2013, the Capitol News Service counted 62 high schools in 22 states that used the same epithet as the nickname for their teams, though that’s down from about 90 high schools a quarter-century earlier. Four schools in California were counted as using the name.

The legislation that Brown signed last week, Assembly Bill 30, prohibits high schools from adopting or using the name favored by Snyder and allowed by the NFL. Eleven years earlier, then-governor Arnold Schwarzenegger vetoed similar legislation, arguing that local school boards should control interscholastic policies. Brown and the legislature seem to believe that the use of racially derogatory epithets is a valid reason to override a school board in this instance.

The thinking from California that the Washington NFL team’s name might be objectionable seems to have escaped one of the major presidential candidates. Jeb Bush told radio host Hugh Hewitt—and we quote him for accuracy and completeness:

It is debatable whether Bush’s unnecessary defense of the Washington NFL team name is related to the $100,000 donation team owner Daniel Snyder made earlier this year to the Right to Rise Super PAC that supports Bush’s presidential candidacy. The statement puts Bush in line with his competitor, Donald Trump, who earlier this month pronounced the name just fine. “I know Indians that are extremely proud of that name…They think it’s a positive,” he said. “Honestly, I don’t think they should change the name, unless the owner wanted to.”

Trump, Bush, and Schwarzenegger might not be bothered by the name, but some high schools are rethinking the epithet as a nickname, along with the associated variety of derogatory mascots. The Goshen, Indiana school board voted to get rid of the name that the high school shared with the Washington NFL team as of 2016. Other schools seem a little confused by the controversy. In Tulsa, Oklahoma, Union High School seems to have decided to keep the name shared with the Washington NFL team, but reportedly has ditched its Native American mascot in favor of something called “Hyper.”

The Change the Mascot campaign against the name issued a sober statement in response:

This should be a very simple open-and-shut issue in the 2016 campaign: No presidential candidate should be promoting this racial slur against Native Americans.

“Today is a huge victory for Native American Civil Rights, and I hope it paves the way for all other states to create similar laws,” commented Dakhkota Brown, a Native American youth, president of Native Education Raising Dedicated Students, credited with helping push the legislation through the California legislature. “Nobody’s team or school pride should ever outweigh someone’s cultural identity!” It would seem that California Governor Jerry Brown thinks, similar to the Change the Mascot campaign, that no governor should be promoting that racial slur either.—Rick Cohen