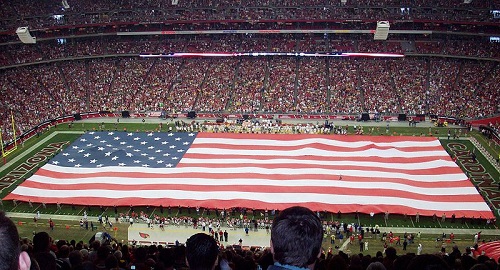 What has happened since the National Football League decided to voluntarily drop its 501(c)(6) tax-exempt status? In the view of the editors of the Des Moines Register, the NFL alleviated the need for Congress to fix the law to correct that which Pete Rozelle had gotten Congress to do in 1966—to specifically add “professional football leagues” to the types of organizations eligible for 501(c)(6) status. In a joint press release, Rep. Elijah Cummings (D-MD) and Rep. Jason Chaffetz (R-UT) announced that they were pleased with the NFL’s actions and expressed hope that other sports league would “follow the positive example set by the NFL” with the expectation of their “rightfully returning millions of dollars to the federal treasury as a result.”

Sure. The NFL is going to ring up IRS Commissioner Koskinen with a check for back taxes. Ain’t gonna happen, at least not without some concerted congressional action. As expressed in the Register’s headline, “As NFL drops nonprofit status, lawmakers punt.”

The problem is that some in the press and perhaps some in the general public have conflated the NFL’s tax-exempt status with the 501(c)(3) status of nonprofit hospitals and other public charities that, according to the Register, “should…[be] require(d) to earn the preferential status by providing a clear, defined benefit to the public.” Forbes contributor Kelly Phillips Erb poses another tax-exempt conflating issue as a “Fix the Tax Code Friday” question:

Erb acknowledges that there are 501(c)(3)s with substantial assets (like Harvard University and the American Red Cross) and others with significant revenue-earning track records, but then adds those aspects of large nonprofits as possible issues of tax-exempt definition.

Memories are short. The willingness of legislators to dig through the NFL’s tax-exempt status, even if it has forgone its 501(c)(6), is probably rapidly fading, as the public now appears more interested in “Deflategate” involving the New England Patriots than arcane questions concerning the Internal Revenue Code. If there is a “fix” that is needed for tax-exempt status categories, the tax-exempt eligibility of the NFL (or the current tax-exempt status of the National Hockey League) might not be all that relevant for other kinds of nonprofits, particularly nonprofit hospitals, which the Register’s editorial suggested might need a definitional cleanup. However, in 1966, NFL commissioner Pete Rozelle’s lobbying led to two connected outcomes, legislatively guaranteeing tax-exempt status and antitrust exemption status for the NFL. If the NFL is now willing to forego half of the Rozelle equation, it gives impetus to the bill proposed by Sen. Richard Blumenthal (D-CT) to reconsider the other half, the antitrust exemption, which might be the real meat that the NFL’s PR-motivated tax status change was designed to protect.—Rick Cohen