Campaign Finance Reform from the Right Defeated in South Dakota 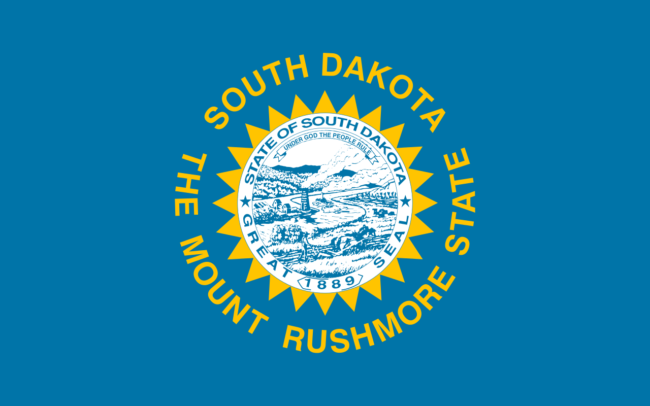 The South Dakota Senate effectively killed two GOP-introduced campaign finance bills this week that were designed to reduce the influence and increase the accountability of independent expenditure groups participating in the state’s initiative and referendum process. The rationale and timeline may be instructive for other states considering similar reforms.

South Dakota Speaker of the House Mark Mickelson is upset about unaccountable out-of-state political contributions and activity influencing the state’s ballot initiative and referendum process. He introduced HB 1200, a measure “to impose the [major donor disclosure] requirement on advocacy groups that spend more than $25,000 on independent expenditures within a year. Under the bill, if a top-50 contributor is an advocacy group, that organization would have to share its 50 largest donors.” For-profit corporations, 501(c)(3) charities, and donors who give less than $5,000 were excluded from the bill’s disclosure requirements. Mickelson also cosponsored and promoted HB 1074, which would limit out-of-state contributions to a ballot question committee to $100,000.

Under current law, ballot question committees must disclose their donors, but independent expenditure groups that contribute to those committees do not.

In 2016, the state’s voters were presented with ten separate initiatives and referenda, with most of the contentious campaigns being funded overwhelmingly by out-of-state organizations and donors.

After gaining statehood in 1889, Civil War veterans and immigrant farmers settled in South Dakota. Our South Dakota founders did not trust our local government officials completely, as they were afraid they could succumb to the far-away railroad titans to effectively “buy” our government. As a protection against this measure, South Dakota became the first state in the nation to fully embrace a citizen’s right to petition its government.

The very system created to protect us against the influence of big money from outside the state has been hijacked by out of state special interests.

As NPQ reported last August, South Dakota’s relatively easy ballot access and relatively-low-cost media markets make it attractive for national (read: out-of-state) interests to use the state as a “prairie playground“ for testing their issues and ballot approaches.

One thing that makes Mickelson’s and South Dakota’s interest in campaign finance intriguing is that Mickelson, the son and grandson of South Dakota governors, is a Republican in a state with a Republican governor and GOP supermajorities in both houses of the state legislature. Generally, campaign finance limitations are proposed by Democrats and liberal interests. Paul S. Ryan, a vice president of Common Cause, said of the bill, “We need better disclosure of the donors, the true donors who are giving that money to the nonprofits to influence voters on Election Day. […] [South Dakota’s bill is] on the cutting edge of disclosure policy and law.”

Ultimately, powerful lobbying groups associated with Republican and conservative causes—the state’s Chamber of Commerce, the NRA, and the Koch brothers-supported Americans for Prosperity—lobbied to have the two GOP-sponsored bills defeated in state senate committees after they had already passed the state house. The NRA said HB 1200 “seeks to limit the free speech of organizations like the NRA unless they first disclose their members’ private information in the process.” Ben Lee, South Dakota state director for Americans for Prosperity, put his organization’s opposition this way: “Transparency is for the government, and private citizens deserve privacy.”

South Dakota’s attempt at limited campaign finance reform shows how difficult the politics can be, even when the interests of politicians and lobbying groups are usually in alignment.—Michael Wyland