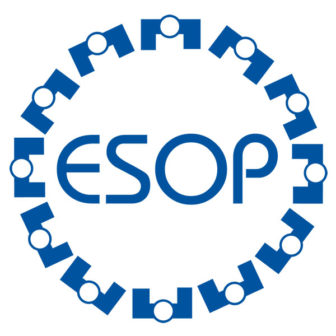 A new study from Rutgers University’s Institute for the Study of Employee Ownership and Profit Sharing, funded by the WK Kellogg Foundation, titled Building the Assets of Low and Moderate Income Workers and their Families: The Role of Employee Ownership, was released last month. Authored by Janet Boguslaw of the Institute on Assets and Social Policy at Brandeis and Lisa Schur at Rutgers, the study finds that being an employee-owner in an employee stock ownership plan (ESOP)-owned company can have life-changing effects.

As NPQ has noted, as of 2015, 6,669 companies are owned in whole or part by ESOPs. All told, 10.8 million Americans work at companies with ESOPs, and another 3.6 million Americans still have holdover ESOP accounts as recent former employees. Total asset holdings in these 14.4 million accounts exceed $1.3 trillion, which works out to over $90,000 per person. And the average account value for veteran employees is considerably more than that—Boguslaw and Schur found the average for the people their team interviewed exceeded $200,000.

Among worker co-ops, participation in communities of color is highly visible. Last year, US Federation of Worker Cooperatives executive director Esteban Kelly noted that about 60 percent of the federation’s members were people of color. But membership in worker co-ops remains small. A 2017 report from the Democracy at Work Institute found 6,734 worker-owners nationwide at roughly 450 co-ops nationwide.

Companies with ESOPs employ 1,000 times as many people as worker co-ops. Data on racial equity in the sector is sparse, however. The Boguslaw and Schur study works to close that gap by examining “the asset building impacts of employee ownership for low- and moderate-income employees and their families.” The authors claim that their study is the “largest qualitative, individual interview-based study of this employee population ever conducted in the United States.”

To build on their qualitative data, in their report Boguslaw and Schur draw on the General Social Survey (GSS) national quantitative survey, which does not measure ESOPs per se, but does measure employee stock ownership more broadly. According to GSS data, as one might expect, employee stock ownership is more common among whites than people of color. Specifically, 20.1 percent of whites in the workforce own stock or have an ESOP share in the company where they work, compared to 17.1 percent of blacks and 10.6 percent of Latinx workers.

We sought to find companies across a range of industry types and geographies enabling us to compare the experiences and asset wealth building trajectories of low- and moderate-income workers with at least 15 years’ longevity of employment with the firm. Additionally, within this group, we sought out firms that had representation of women and people of color who were the primary but not the exclusive focus of the interviews. In some cases, we found that we had to reduce the number of years of employment to eight or more years in order to fulfill this last criterion, an issue that will be discussed further in the findings.

Boguslaw and Schur cite a 2017 study by Nancy Wiefek, research director of the National Center of Employee Ownership, which shows, among other things, that the “median wage income of low-income workers in employee-owned companies in their study was higher than that of [comparable] non-employee owners.” In other words, workers don’t “give up” wages for ownership shares. But as Boguslaw and Schur point out, quantitative data do not explain “how assets are built and for whom.”

Based on their interview data, Boguslaw and Schur identify five mechanisms by which low- and moderate-income workers benefit from ESOPs:

Combined, they contend, “these elements work together to build employee wealth.” The first item on the list—building account equity—has a dramatic impact. As Boguslaw and Schur write:

This savings, it appears from the interviews, is particularly important for women. As Boguslaw and Schur put it, “The ESOP account, in particular, reportedly made many of the women interviewed more economically secure for retirement. Across all companies studied, women who had never been married, were divorced or widowed, or did not have a second earner with retirement accounts report that the ESOP provided a way to gain greater future stability.”

The benefits of having the ESOP asset, they add, is twofold:

First, family budgets and resources are protected while raising children when ESOP values build without requiring income-based contributions. ESOP accounts are not taxed, and do not count against any asset limits for social services for low-income employees who may be eligible. The second finding is that financial skills are learned due to individual employees investing time to understand the ESOP structure and participating in company information sharing, as well as working in a company that makes the information transparent and helps with financial literacy. This can improve opportunities for informed family financial planning and investments.

Another benefit of having an asset like an ESOP account is that it provides a way to plan for major expenses, such as college tuition for children, weddings, quinceañeras, and home down-payments. Often, employees are also able to borrow money interest-free from their accounts to cover emergency expenses and thereby avoid riskier alternatives such as high-interest payday loans.

The money can be used in other ways to support family members, too. While the average ESOP account value for those interviewed was somewhat above $200,000, this can vary. One Black woman interviewed by the authors was 64, divorced, and had an ESOP account valued at $1.3 million. As a result, she told the authors that she “pulled money out [of the ESOP] over recent periods of time. Bought family land…that will be of assistance to [my family] when I retire. I used…my ESOP helping family and as investments. My daughter became disabled and not able to work. The ESOP has helped me provide assistance to help her and my grandson.”

The financial benefits may be the most significant, but they are not the only ones. Some interview respondents spoke to the importance of the skills they learned, such as public speaking. Other non-economic benefits cited by interview respondents were company cultures that emphasized health and safety and lower levels of stress on the jobs.

Still, the financial benefits are impressive. As Boguslaw and Schur explain, “Women and people of color in the ESOPs studied here are faring much better than women and people of color nationally in building wealth.… For example, the median wealth of Latinx ESOP employees in our sample is nearly 12 times the wealth of the national median for Latinx households. Black ESOP employees have approximately three times the wealth of Black households nationally.”

None of this is to suggest that racism and sexism do not exist within ESOPs. As Boguslaw and Schur detail:

Black ESOP employees we interviewed have less tenure than their counterparts, and thus have not yet built large ESOP accounts and 401(k)s when compared to the white workforce. Additionally, the majority of the black women we interviewed work in medical service positions that do not offer high wage compensation, exacerbating this gap. This is symbolic of occupational segregation nationally, where low-to medium- skilled people of color are less likely to secure jobs in higher-income fields. Gender and racial diversity is relatively new within the ESOP companies where we interviewed. We found that this diversity has been expanding, mainly within the past 12 years. While it appears that racial, ethnic, and gender barriers to entry have lessened, questions about advancement remain.

In terms of overall findings, the authors conclude that ESOPs support wealth building for low- and moderate-income employees in the following ways:

Echoing an article that Melissa Hoover wrote for NPQ earlier this year, Boguslaw and Schur conclude on a hopeful note: “New structures of work and relations to the workplace do not preclude the opportunity for everyone to build wealth through work,” they write. “Work should and can ensure economic and social stability, and greater opportunities and well-being for families, communities, states, and the nation.” 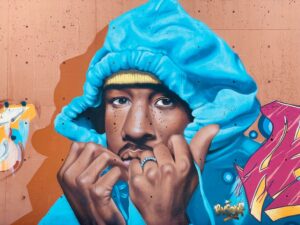 Linking Racial and Economic Justice: The Struggle of Our Time