Can Nonprofits Afford to Take a Stand Against Plutocracy? 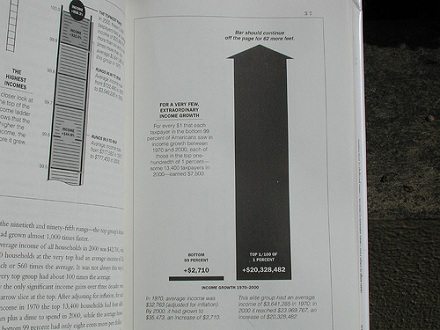 Earth Island Institute’s Gar Smith asks how this nation can “hope to make progress on the path to sustainability when the road is blocked by barricades of bullion backed by battalions of billionaires? How do we break through the political gridlock?” He points out that the wealthy are getting wealthier and gaining more control of the media and politicians. He notes that almost half of all U.S. representatives and two-thirds of senators are millionaires, and congressional wealth increased 11 percent between 2009 and 2011, a time of recession in which most Americans saw little or no upward progress in their incomes. The fact of the matter is that median household income at the end of 2011 was 5.4 percent lower than it was in 2009. Can the increasingly comfortable, affluent lawmakers of the United States understand and relate to ordinary Americans?

That’s the theme that some people in the current race for the White House are emphasizing, charging that the multi-millionaire former Massachusetts Gov. Mitt Romney cannot and does not grasp the concerns of Americans who have been dealing with underemployment or joblessness in a persistently uncertain economy. But might the problem be more than just the Bain Capital scion’s sensitivities? Might it be that people who enjoy a comfortable socio-economic status and just don’t get it already largely govern the nation?

Smith seems pretty clear in his assertion that our polity is basically a plutocracy, a system that is against the principles of nature. He doesn’t suggest a mechanism for restoring more balance to the nation’s political ecology.

Do you buy his analysis? It’s something like an acceptance of the Occupy Wall Street movement’s argument against the one percent in favor of the 99 percent. But no one seems to have a strong idea about how to undo the nation’s decades-long drift into oligarchy. Will the solution come from the nonprofit sector, a significant part of which plays to the plutocrats for donations? What can the nonprofit sector really do when it is financially allied to the class that Smith and Occupy are complaining about? –Rick Cohen