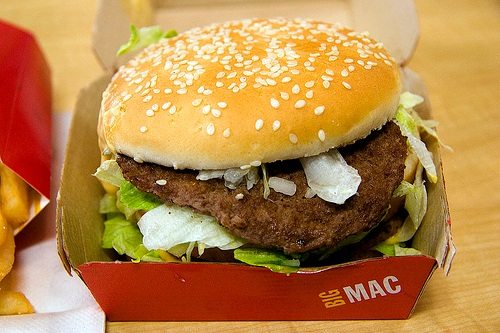 This week, fast food workers around the nation walked off their jobs at McDonald’s, Wendy’s, Burger King, Domino’s, and Subway to protest for higher wages. Among the cities where these actions occurred were New York City, Chicago, St. Louis, Detroit, Milwaukee, Kansas City, and Flint. Their target is an hourly wage of $15, $6 an hour more than the average wage of fast food cooks, twice the federal minimum wage of $7.25 an hour.

There are several points of relevance of this walkout for the nonprofit sector:

Living wages. Fast food workers—in fact, food and beverage serving workers in general—are typically the working poor. According to the Bureau of Labor Statistics, there were 4.1 million food and beverage serving workers in the U.S. in 2010, with median pay levels of $8.72 an hour or, if employed full time, $18,130 a year. Estimates suggest that some 2.68 million of those workers are in the fast food sector, though a study from the National Employment Law Project says that 4.1 million people work in the fast food sector and 3.66 million of them are “front line” employees working as cooks, cashiers, and crew. These are poverty-level wages, especially since many fast food workers are actually employed less than full-time. In order to pay rent, buy groceries, and pay for health care, for example, these workers have to seek government subsidies. In other words, the U.S. taxpayer is forced to compensate for the inadequacy of the wages that the fast food companies are willing to pay.

Organizing role of nonprofits. Although the Service Employees Industrial Union (SEIU) reportedly provided some support for the fast food workers in their protests, these workers aren’t unionized. To organize this kind of mass effort, nonprofits have had to provide some of the protest infrastructure that would typically be provided by unions. Among the nonprofits that have been identified as having helped organize the protests are New York Communities for Change, Jobs with Justice, and Fast Food Forward. Notwithstanding the SEIU involvement, given the lack of union representation, nonprofits are going to have to play an important ongoing role if the fast food employee protests are going to make headway with public and corporate policy makers.

Working class protests. The fast food workers involved in these protests don’t fit the two-party meme of being “middle class.” They may be employed, but these workers are poor, with many entitled to Earned Income Tax Credits and other income supplements. If this nation were really concerned about helping the working poor, it would be expanding the EITC at the federal and state levels, though neither party seems to have that common-sense item on their policy agendas.

Ubiquity. Often the concerns of some nonprofits are simply alien to others because of geographic, racial, and other differences. A nonprofit concern in one community may have little relevance or resonance in another.  In the case of the fast food industry, the employers and employees are everywhere. There are more than 14,000 McDonald’s outlets in the U.S., 7,200 Burger Kings, almost 6,200 Wendy’s restaurants, and more than 25,000 Subways. There’s not a nonprofit in the U.S. that can’t find a nearby fast food outlet or two nearby, and not a human services nonprofit that doesn’t have fast-food workers among its clients or constituents. If these protests continue and gain traction, by virtue of geography alone nonprofits will be compelled to get involved, one way or another.

The fast food outlets of one company or another are everywhere. There are fast food industry employees across the nation. Support for the plight of fast food employees and support for their policy agenda of a living wage and union rights should be possible for human service nonprofits everywhere if they are concerned about jobs whose minuscule paychecks relegate workers to wage poverty.—Rick Cohen