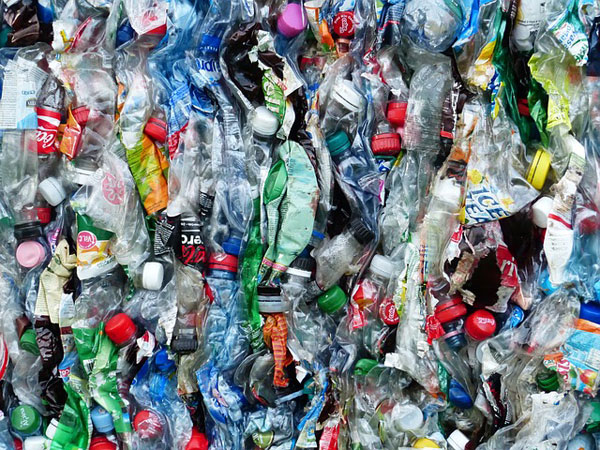 Recycling plastic is a daily ritual for just about anyone who worries about the environment. But is it working? According to a recent article in the Nation, only nine percent of plastic is recycled. Much of it finds its way into the ocean, where it makes up a good part of the Great Pacific Garbage Patch, a spinning area of trash twice the size of Texas. It also breaks down into tiny particles consumed by fish. One estimate suggests that pound for pound, there will be more plastic than fish in the ocean by 2050.

In the face of this relentless environmental disaster caused by human consumption, the World Wildlife Fund (WWF), in partnership with the Ellen MacArthur Foundation and the Ocean Conservancy, has launched Resource: Plastic, an effort to help large companies meet sustainability goals. The program is being piloted with a small group of influential firms: Coca-Cola, Keurig Dr Pepper, McDonald’s, Procter & Gamble, Starbucks, and Tetra Pak. All have made commitments to become greener by 2025.

Resource: Plastic is a central resource hub designed to help the firms “stay accountable to the change they are responsible for,” Erin Simon, director of sustainability research and development for WWF, told CNN Business.

Resource: Plastic grows out of an initiative of the Ellen MacArthur Foundation, The New Plastics Economy, in which 250 companies have pledged to publicly report on efforts to reduce plastic packaging waste. The companies have set concrete goals, including making all plastic packaging reusable, recyclable, or compostable by 2025. The initiative’s goal is to create a “circular economy” for plastic, in which waste is eliminated.

Zero plastic waste is a laudable goal, but the obstacles are immense. When it comes to recycling, for example, the companies don’t control the actions of consumers—and consumers are boxed in by poor recycling systems that have become almost nonexistent in the wake of China’s refusal to take our trash. Compostable plastic is growing in popularity, but for the most part, these compostable plastics end up in the trash, as the majority of consumers don’t have access to municipal composting.

Despite these real challenges, the six companies piloting the new platform are optimistic that collaboration with colleagues will help them reach their goals.

“While there’s been a lot of growing alignment on targets themselves across different companies, there hasn’t been a great [business to business] forum yet, if you will, for implementation,” said Ben Jordan, senior director of environmental policy for Coca-Cola. Jordan believes that public reporting through the internet hub will “help keep us honest.”

The WWF pilot program is expected to wrap up in six months, and then the program will open to other companies in early 2020. Companies will be able to access resources and expertise to meet their goals through the website, but in exchange will have to promise to share their progress with the public.

According to Simon, many companies are making commitments. But they aren’t necessarily making progress toward their goals. The public reporting is seen as an incentive for innovation and action.

If companies like Coca-Cola and Starbucks are so eager to reduce their plastic waste, then why are we seeing exponential growth in the plastics industry? Zoe Carpenter reports in the Nation that large petrochemical companies are investing $65 billion to expand plastic production in the US and more than 300 projects are underway. Cheap energy—a product of the fracking revolution—is driving the plastics boom, but it also suggests that petrochemical companies aren’t counting on a reduction in demand in the near future. Much of this plastic, according to Carpenter, will be sent as products and packaging to remote parts of the world, ill-equipped to recycle or recover plastic waste.

The scale of the problem is enormous, and the Ellen MacArthur Foundation deserves credit for seeking solutions. But without a serious effort to reduce overall consumption of plastic products and packaging, corporate efforts to increase recycling, reuse, and composting, though admirable, are unlikely to deliver a truly sustainable future.—Karen Kahn