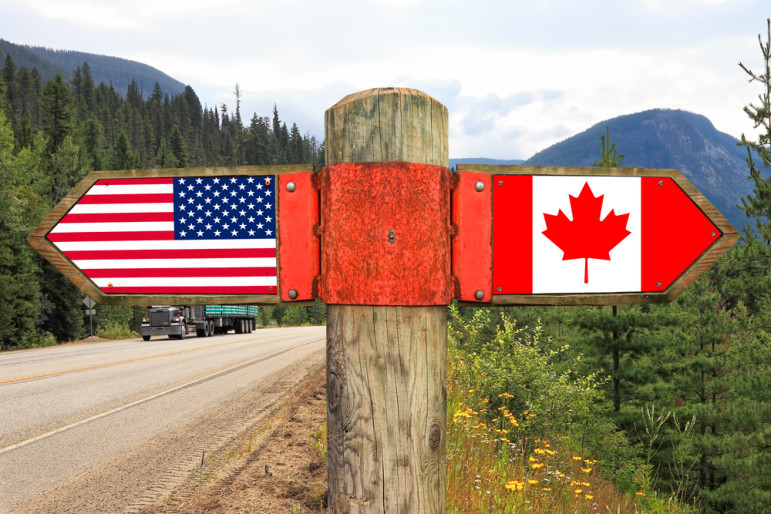 In the midst of the Super Tuesday returns, Canada’s immigration website was experiencing delays due to increasingly heavy traffic. 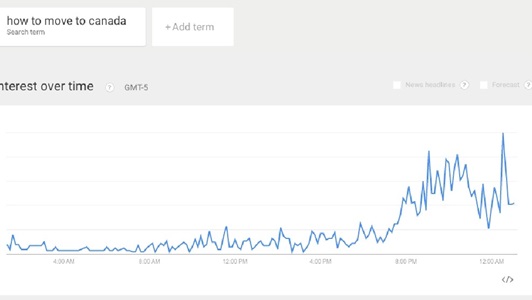 The first rumblings of a northern migration were heard after Trump announced his presidential run. They intensified after the candidate proposed a total ban on Muslims entering the United States. […] According to Google trends, searches for “How to move to Canada” surged as Tuesday’s results came in. Simon Rogers, a data editor at Google, noted that the phrase’s search popularity had increased by 350 percent between 8 p.m. and midnight Eastern…At midnight, the spike reached 1,500 percent. To quote Trump himself, “Just look at the numbers, way up!”

By Wednesday morning, Google said “move to Canada” searches were higher than at any point in recorded history. 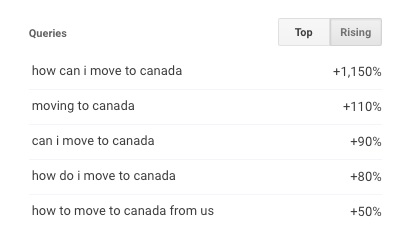 Wang points out that Canada’s new prime minister, Justin Trudeau, is an “anti-Trump,” a believer in climate change who was recently photographed in a pink “Kindness is One Size Fits All” t-shirt. And to date, Canada has welcomed more than 26,000 Syrian refugees with almost 2,400 more in process.

Resettling refugees is a proud and important part of Canada’s humanitarian tradition. It reflects our commitment to Canadians and demonstrates to the world that we have a shared responsibility to help people who are displaced and persecuted.

But not everyone approves of such escapist strategies on the part of freaked-out U.S. citizens—although perhaps the guy freaking them out would approve. The editorial staff of the Globe and Mail, a Canadian national newspaper, wrote last summer, “It’s time to build a wall—the higher the better—along our 8,891-kilometer border with the United States…Let us build the Great Wall of Canada.”

Maybe, but can they make us pay for it?—Ruth McCambridge