Nonprofits and the Surprising Canadian Election 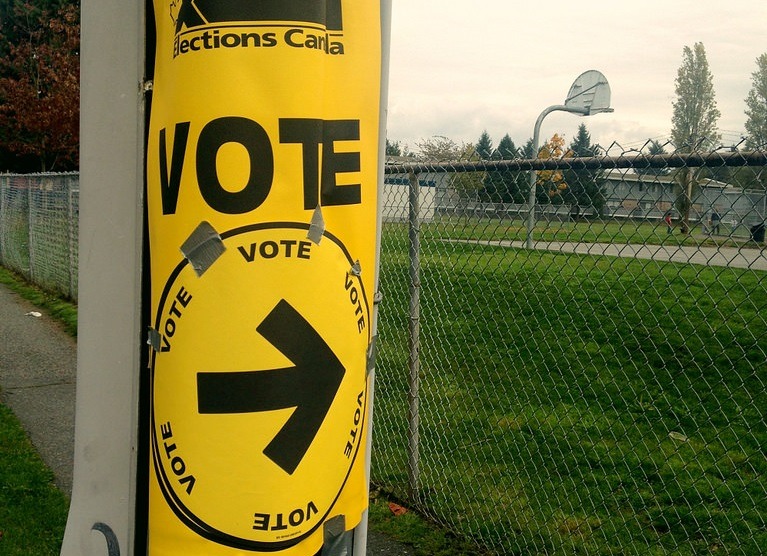 Yesterday, Canadians went to the polls to elect a new government, which appears to have vaulted the Liberal Party to a governing majority, making Justin Trudeau the Prime Minister-designate. Going into the election, the Conservatives held the majority in the House of Commons, making Stephen Harper the Prime Minister. For the past couple of years, Canadian nonprofits have bumped up against the Harper government’s “stepped up” audits of the political advocacy activities of nonprofits. What initially started as heightened scrutiny of environmental nonprofits has broadened to include nonprofits engaged in anti-poverty and humanitarian work.

Prior to the election, Imagine Canada issued a thoughtful brief addressing its efforts and those of Canadian nonprofits in general to “overcome what some have described in recent years as a ‘chill’ in charities’ public policy engagement.” For nonprofit engagement in policy advocacy, the Imagine Canada brief notes the work of several nonprofits that have joined together to advocate for improved federal protections for persons with disabilities, a number of health charities asking candidates for commitments on resources and policies regarding specific diseases, and the David Suzuki Foundation providing voters with information about the candidates’ and parties’ positions on environmental issues. In the arena of civic engagement, the examples comprise efforts to stimulate electoral participation ABC Life Literacy Canada (for literacy practitioners), the Assembly of First Nations People (getting Canada’s most politically underrepresented population group to turn out to vote), Barrier Free Canada (on election-related issues facing persons with disabilities), and the Ontario Nonprofit Network in conjunction with Samara Canada (to encourage nonprofits to get involved in the election).

Without engaging in exaggerated self-congratulatory hoopla, the Imagine Canada report describes a number of policy areas where nonprofit political engagement—by law, nonpartisan, fact-based, and “subordinate to the activities on which…[the nonprofits’] charitable status is based”—has achieved demonstrable results with commitments from the various political parties:

Election-time effectiveness for nonprofits doesn’t need to be limited to busting out of the sector’s nonprofit nonpartisanship to endorse one party or another, especially when the election results may yield a party that’s not to one’s liking but which must be dealt with anyhow. Nonetheless, one of the election-time issues that may be of importance to nonprofits is where the parties and their leaders stand on policies designed for or impacting the nonprofit sector itself.

A Charity Village blog posting last month by Andy Levy-Ajzenkopf took a stab at divining where Canada’s political parties stood on policies affecting or shaping the future dimensions of the Canadian charitable sector. Neither the Liberal nor Conservative parties officially responded to the Charity Village request for information on their charity-specific policies. However, Harper’s Conservative Party announced on its website a commitment for tax relief for service club members, a “First-Time Donors Super Credit” for donations up to $1,000 before 2018, a reduction in the administrative burden facing nonprofits, and allowing charities to diversify their investments. The Liberal Party statement was much shorter but made a powerful point, calling for “ending the [Canada Revenue Agency] (CRA) political harassment of charities, as well as clarifying rules to affirm the important role that charities can and should play in developing and advocating for public policy in Canada.”

Both the Green Party and the New Democratic Party responded to Charity Village’s enquiry, unlike the Liberals and Conservatives. The NDP called for the eliminating of the excessive use of the CRA as a “political tool to punish charities that dare to pursue interests” that don’t conform to the government’s agenda” and advocated for “clearer definitions of what counts as acceptable activities, and enabling new methods of financing, such as social finance and social enterprise.” The Greens endorsed the Conservatives’ “Stretch Tax Credit to provide an incentive to give more.” It also attacked the political use of the CRA to intimidate political dissent as “Orwellian.”

Could that kind of political scrutiny be done in the U.S., with nonprofits examining their politicians’ policies as they might affect the sector? It would take a cultural change among many national nonprofit leadership organizations away from judging political candidates for their “I (HEART) nonprofits” statements. It might be timely for the national nonprofit leadership organizations to take a harder look at all of the presidential candidates stumbling and bumbling through the debates right now to examine whether their enunciated policy positions will advance and improve the image of nonprofits, whether they would bring more clarity to the work of public charities, whether they would stem the avalanche of anonymous dark money sweeping into politics, whether they are up for the political challenge of reinvesting in and rebuilding the tax-exempt unit of the IRS, and whether they are willing to correct the anti-nonprofit biases embedded in several sections of American law and policy. If Canadian charities could ask it of the parties that gave Canada nine years of Prime Minister Harper and now has replaced him with Prime Minister-designate Trudeau, U.S. nonprofits ought to be able to administer those questions to the know-nothings, know-somethings, and hopefully a couple of know-a-lots running for president.—Rick Cohen