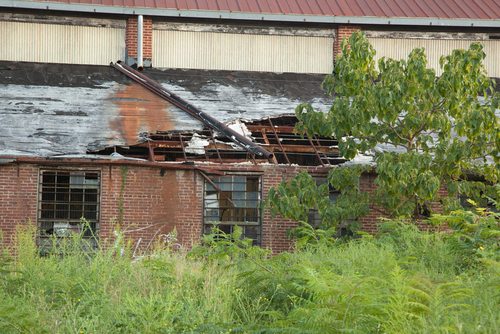 Osama bin Laden is dead and General Motors is alive!

Yay, right? But no one at either political party’s national hullaballoo chose to lead with other, more sobering, call-and-response catchphrases, like:

Median household income declined in the U.S. for the second straight year in 2011.

The proportion of people living below the poverty line increased in 17 states from 2010 to 2011.

The number of people living in poverty is higher than at any time since the 1960s.

In 2011, 46.247 million people were living below the poverty line, compared to 43.6 million people in 2009. Median household income in 2011 was $50,502, eight percent below the nation’s pre-recession peak. And despite decreases in the number and proportion of non-Hispanic whites and Latinos living in poverty, African American poverty increased from 27.4 percent to 27.6 percent. In this nation’s obsession with the middle class, it seems to have abandoned the poor, who almost never get mentioned, except with derision. Where is the outrage?

In truth, nonprofits are on the front lines in the continuing, if submerged, war on poverty, though many national nonprofit leadership organizations don’t rank anti-poverty work as an important advocacy issue for the sector.

Maybe people can’t wrap their heads around the big national statistics, but they make sense when connected to actual nonprofits working in states and localities. For example, in Louisiana, the ranks of people living below the federal poverty line increased by more than 83,000, jumping from 18.7 to 20.4 percent. The Baton Rouge Society of St. Vincent de Paul sees evidence of increasing poverty all around it, serving a record 223,000 hot meals in 2011 and facing a service demand that’s 10 percent higher in 2012 so far. In Michigan’s Calhoun County, the poverty rate was 16 percent in 2010, a far cry from the 11 percent level in 2001. The family shelter at the Haven of Rest Ministries serving the County is almost always full, requiring staff to find alternative accommodations for homeless families at least twice a day. Midland, Texas is in the heart of Texas oil country, but the food pantry there reports high demand from hungry families and the lowest level of food supplies in the last three years.

There’s obviously no Michael Harrington offering a tract like The Other America to galvanize America’s attention to the plight of 47 million people in households earning around $22,300 for a family of four (try living on that, why don’t you?). Today’s Michael Harringtons are not getting attention for writing about the poor, but for writing books like James Carville and Stan Greenberg’s It’s the Middle Class, Stupid! The writers on the shrinking middle class are making good, generally accurate points, but other than the road show of Tavis Smiley and Cornel West, our national dialogue seems to have forgotten the poor.

Here’s a two-part prescription for nonprofit sector leaders and advocates. As opposed to the usual requests to get candidates for national office to croak “I (heart) America,” why don’t nonprofits start a major campaign right now telling the candidates for president, the Senate, and the House of Representatives that the number one issue of the nonprofit sector is the persistent, deepening, societally debilitating poverty of tens of millions of Americans, and that nonprofits want—no, demand—that the politicians explain what they will do to combat poverty. Those politicians can start by using the words “poverty” and “poor people” in their answers.

And then nonprofit leaders, employees, and volunteers should monitor each presidential and Senate debate in the nation in the next 50 days before the election. Monitor those debates for the scarce or nonexistent references to poverty by the candidates, and immediately following each debate, send everyone you know an updated tally of just how much—or how little—the candidates had to say about more than 46 million people living in abject poverty.—Rick Cohen