Cantor’s Defeat and the Implications for Charter Schools 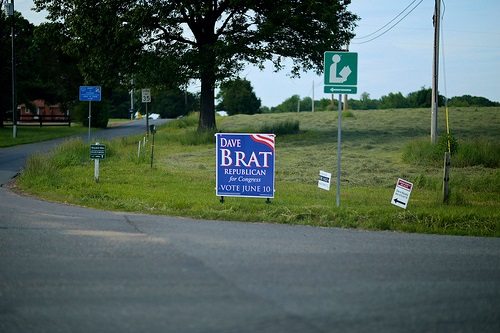 The shock of Eric Cantor’s loss to unknown Randolph-Macon College economics professor Dave Brat brought every political pundit known to mankind to the airwaves yesterday, trying to explain the primary vote’s causes and its consequences. Somehow, the very conservative Cantor was seen as having been too liberal or too accommodating on the issue of immigration, his loss dooming the possibility of Congressional action, though evidence of lawmakers planning to do anything is hard to spot.

The nonprofit issue that might be directly affected by the replacement of Cantor with Brat (assuming Brat beats his Democratic opponent, another Randolph-Macon professor) is in education. Cantor had made the cause of charter schools a high priority, intervening, for example, against the charter school policy changes that had been proposed by recently-elected New York City mayor Bill de Blasio. He was also an avid supporter of school vouchers. In his primary loss concession speech, Cantor mentioned his education reform commitments:

“We need to focus our efforts as conservatives, as Republicans, on putting forth our conservative solutions so that they can help solve the problems for so many working middle class families that may not have the opportunities that we have. We can also put our solutions to work for the most vulnerable,” Cantor said. “I spent a lot of time on charter schools and education opportunity to make sure that everyone in America can have access to the American dream, starting with education.”

Unlike immigration reform, which had scant Republican support despite statements from Speaker John Boehner, South Carolina Senator Lindsey Graham, and Florida Senator Marco Rubio, charter schools attract bipartisan support. Cantor himself had lent his support as the House majority leader to a bill sponsored by Representative John Kline (R-MN) and Representative George Miller (D-CA) to provide money for charters to acquire and improve facilities for schools. The Kline/Miller legislation—the Success and Opportunity through Quality Charter Schools Act (H.R. 10) —passed the House with by a vote of 365 in favor and 45 opposed, suggesting that Cantor’s absence might not make much of a difference to the future trajectory of school choice legislation.

Will Brat push for more federal support for charter schools? His campaign advisor, Atlanta political consultant John Pudner, is reputed to have “authored” the “Public Charter School Foundation” program of the Georgia Department of Education, which his firm’s website describes as “designed to identify and educate Georgia residents who are interested in the merits of a charter schools [sic] in their community.”

Cantor’s loss to Brat came on the heels of a California Superior Court decision that declared teacher tenure unconstitutional, a decision that Cantor and Brat would probably both have applauded (as did President Obama’s Education Secretary, Arne Duncan). However, in Cantor’s defeat, education reform advocates inside and outside of government lose a high-profile national advocate, a legislator on the fast track to replace Boehner as House Speaker had the Republicans maintained their numerical majority. However, one particular segment of the ed reform crowd may feel his loss keenly.

Cantor was seen as a vigorous defender of Wall Street, notably departing from Ways and Means chairman Dave Camp’s tax-reform proposals because of Cantor’s belief that Camp had “abandoned the business community” with his proposal to offset the cost of tax cuts by taxing Wall Street banks. Hofstra University professor Alan Singer has written critically in the Huffington Post just last month about the connection of hedge funds to charter schools, a theme addressed previously by journalist Kristin Rawls in AlterNet and, of course, by the intrepid Diane Ravitch. If his ideological leanings are Tea Partyish, Brat might be less devoted to Wall Street and hedge funds than his more establishment predecessor and potentially less attached to charter schools with Wall Street connections.

It might not be a contradiction, but Brat the economist also revealed a very religious side to his beliefs in his post-election comments. He said his victory was because “God acted through people on my behalf.” It may be that the emergence of Representative Dave Brat replacing Majority Leader Eric Cantor will not mean a loss of attention to charter schools, but more of an emphasis on charters with social or religious roots and not so much on those carrying the water of hedge-fund billionaires.—Rick Cohen