Capturing and Preserving the Memories of Holocaust Survivors 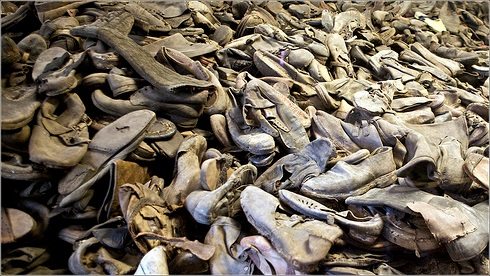 Today is International Holocaust Remembrance Day, which falls square on the anniversary of the liberation of the Auschwitz-Birkenau concentration camp back in 1945. Museums and institutions around the world stand witness to the genocide that killed more than 10 million people and honor its importance and our memories of it. HBO globally released the much-awaited documentary of the liberation of the concentration camps, Night Will Fall, which includes long-lost graphic footage captured by soldiers and an editorial contribution from Alfred Hitchcock. The Museum of Jewish Heritage will be ringing the closing bell at the NASDAQ MarketSite and will also be holding a storytelling event featuring the children of Holocaust survivors recounting their experiences growing up and inheriting the stories of the Shoah.

Holocaust museums have for decades depended on stories by survivors as poignant and humanizing features accompanying their visual exhibits. These firsthand accounts are particularly important now as more and more generations become removed from the history. According to a poll last year by the Anti-Defamation League, of the 53,000 people surveyed, more than half (54 percent) had never heard of the Holocaust. And with anti-Semitic activity building in Europe over the past several years—most recently the terrorist attacks in France—there appears to be a preemptive crisis in preserving the history of the Holocaust. What will museums do once these survivors, some of their best tools for educating the public, are gone?

“We are, you know, a finite group,” says Halina Yasharoff Peabody, a survivor.

Like other survivors, Halina volunteers her time at the U.S. Holocaust Memorial Museum in Washington to share her experiences at a concentration camp. She was just six when Hitler invaded Poland in the preliminary years of the Second World War. Now, 70 years after its conclusion, Yasharoff is turning 82 and, like her fellow survivors, will one day no longer be able to tell her story.

As noted by Sarah Wildman in her article for the Washingtonian, survivors are a large part of why Holocaust museums like the U.S. Holocaust Museum came into existence in the first place—as forums to collect and preserve history where survivors and their stories are welcome, years after they were ousted from their homes and labeled social pariahs, whether as Jews, homosexuals, Romani folk, or the mentally handicapped.

“In the first years, postwar survivors weren’t considered trustworthy,” says Jean-Marc Dreyfus, reader in Holocaust studies at the University of Manchester. In the years that followed, and up to the present day, museums and other cultural institutions around the world compiled the considerable evidence into historical exhibits, including the shoes infamously stolen from the feet of victims arriving at the camps, and eventually gathered testimonies from eyewitnesses. However, these museums and survivor accounts serve as more than mere mementos of the genocide to be studied and forgotten; these institutions and testimonies are here to educate the public—hopefully continually, as International Holocaust Remembrance Day was always intended to do.

Knowing the value that a personal connection to a survivor can bring to the experience of learning about the Holocaust, what will museums do once survivors are no longer able to retell their own stories? Who can replace them?

“Nothing will,” says Sara Bloomfield, the Holocaust Museum’s director. “It is not the right question. The real question is: How do you make sure the Holocaust is relevant to new generations, knowing not only that the Holocaust will have receded in time but also that there will be no more World War II soldiers or survivors?”

One way, as noted by the Washingtonian and evinced by museums like the Museum of Jewish Heritage, is through the children of the survivors, and later their children as well. While derivatives of the original story, children of survivors retelling their stories can also provide the needed perspective of growing up in the aftermath of the Holocaust.

More than that, for the sake of preserving this oral history, survivors may be encouraged to open receptacles of thoughts and feelings of the genocide they may not have delved into before. Sharing these memories with others can overcome the pain of reliving them. Finding and preserving survivors’ art, as in the Yad Vashem museum in Israel, which holds the largest collection of art made during the Holocaust, can help convey the stories of the victims who did not survive, as is the case for most of the art at Yad Vashem.

Films like Night Will Follow will keep the memories alive long after those who have lived them are gone. Again, while the documentary will be difficult to watch, particularly the raw scenes from the camps, generations and those after us must expose ourselves to what happened so we can forestall it in the future.

But of course, like those many years ago, we must begin by listening and retelling survivors’ stories to family, friends, and strangers that will listen.

“[Museums] will do their best to carry our memories,” Halina says. “We have given our pictures, our papers. They can’t make us live longer than we are going to. They are there to make people understand what can happen if we are not vigilant. And in my family, the second and third generation is also working very hard to learn our stories. My granddaughter, for instance, says she will make a movie.”—Shafaq Hasan