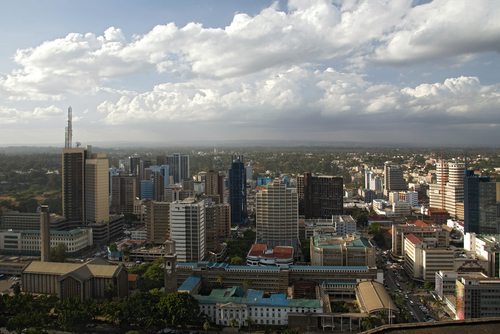 Last week, the Kenyan electorate gave Uhuru Kenyatta an election victory in the national elections. The elections were monitored, as the NPQ Newswire noted, by a team sent by the Atlanta-based Carter Center. You might recognize the name Kenyatta. He is the 51-year-old son of the late leader of Kenya’s 1960s independence movement, Jomo Kenyatta, who was the first president of the modern, independent Kenya. Having garnered more than 50 percent of the 12.3 million votes cast, Uhuru Kenyatta avoids a run-off against his top opponent, Prime Minister Raila Odinga, but Odinga is going to challenge the election results in court.

Despite the contentious election, one of the members of the Carter Center team, Dr. John Stremlau, praised Kenya’s election authorities for a “peaceful” and “very vibrant” election. We are still awaiting the Carter Center’s final report on the Kenyan elections, but it’s clear that the Carter Center’s role in monitoring elections like this one in Kenya is a hugely important nonprofit role. Note that Odinga was on the losing end of Kenya’s 2007 presidential election, the aftermath of which involved charges of election-rigging and spurred the deaths of some 1,200 people and the displacement of several hundred thousands more. Kenyatta, an ally of the nominal winner in 2007, has been charged with fomenting the rioting and will be on trial at the International Criminal Court at The Hague this year, along with others.

Even if last week’s elections are deemed to have been fair, it means that Kenyan voters voted for someone who is going to stand trial at The Hague. Also waiting to stand trial at the ICC are the likes of President Omar Hassan al-Bashir of the Sudan, Muammar Gaddafi’s son Saif al-Islam, who is being held by Libyan authorities, the former president of the Ivory Coast, Laurent Gbagbo, and the infamous Ugandan warlord Joseph Kony. Will Odinga’s contesting the election results add to the case against Kenyatta? Will any ICC decision look to Kenyans like the international community is taking sides in Kenya’s internal political division between the Kikuyu (who largely voted for Kenyatta) and the Luo (who largely favored Odinga)?

Former Zambian president Rupiah Banda headed the Carter Center’s election monitoring team in Kenya. Carter was supposed to lead the team himself, but he wasn’t able to do so. If there were a possibility of mediating between Kenyatta and Odinga, according to University of Iowa political science professor Joel Barkan, a senior associate with the Center for Strategic and International Studies, it would have been Carter. What other nonprofit can you think of that would have been able to address an election involving someone indicted by the ICC? —Rick Cohen