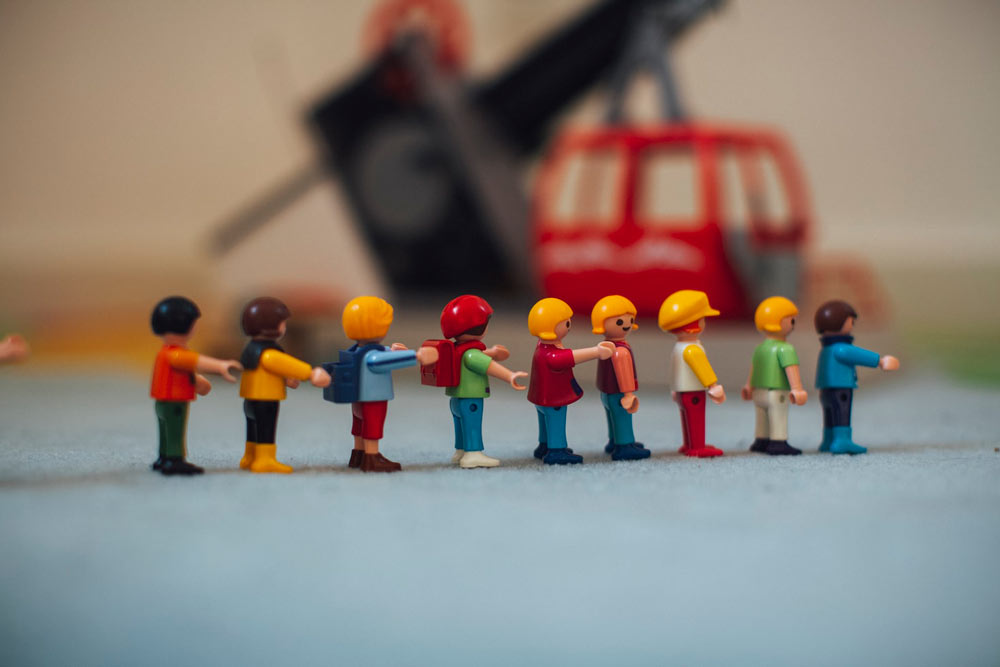 As NPQ has covered, CDFIs—initially ignored when the massive Paycheck Protection Program launched in April 2020 (ultimately $961 billion was disbursed to 11 million businesses), but which later became critical players—help smaller, often BIPOC-owned, businesses that had been largely excluded in the first round finally gain access to the funds. CDFIs’ success was rewarded in December 2020, when Congress approved a $12 billion capital infusion for CDFIs and other BIPOC-owned financial institutions.

Now comes the hard part of putting those resources to work. Although $12 billion sounds like a lot—and, in fact, is a lot for CDFIs accustomed to very limited annual federal allocations that have typically totaled around $250 million a year—it is still a tiny amount when one considers that the United States has a $22 trillion banking sector.

Lakota Vogel, who directs the Four Bands Community Fund, a Native CDFI that serves the Cheyenne River Sioux nation in South Dakota, likened the situation faced by Native American CDFIs like her own to playing a game of Monopoly in which “the game has started without you and all your cousins have already started playing and as you scan the board you see all the prime properties are bought up.” Vogel noted that “our economic infrastructure was wiped off the board during colonization. A few centuries later we were invited to play … they eventually gave us back Baltic Avenue, if you remember that [low value] avenue on the Monopoly board, after some negotiations.”

Vogel highlighted the importance of advocacy to make further progress. “We realize that capital will never solve poverty, but we know rewriting the rules will,” she explained.

Marla Bilonick, CEO of the National Association for Latino Community Asset Builders (NALCAB) also emphasized advocacy. “Advocacy propels forward the work we are doing. We can provide the most incredible services and it will be all undermined by policy. We need to engage … It is so, so critical.”

Bill Bynum, who has led Hope Credit Union, a CDFI in the Mississippi Delta, for over 25 years, recalled that 40 years ago Self Help, a CDFI he once worked for, had a bake sale that raised $77 for its startup capital. That CDFI, Bynum explained, is now one of the largest CDFIs in the country with over $1 billion in assets. Bynum concurred with Vogel and Bilonick on the need for advocacy, emphasizing the work of CDFIs is fundamentally about organizing “money and capital.” “Someone has got to make the rules,” Bynum noted. “Why not us?”

Bynum also emphasized the cost of not making the rules. After Hurricane Katrina, Bynum recalled, “billions of dollars went into the pockets of more wealthy communities and there are still people in New Orleans not back on their feet. Same in Great Recession. Same now. We need to dust off our advocacy muscles. If you are not standing up—not just public, but banks, corporations—then I think you’re a fake CDFI.”

A Story from Los Angeles

The closing plenary, as might be expected, focused on the national landscape, but some sessions provided a closer view of how CDFIs operate in specific communities.  On one panel, Rudy Espinoza of Inclusive Action for the City, discussed his organization’s work in Los Angeles. Espinoza’s work focuses on supporting street vendors. Becoming a CDFI was not initially part of the picture. But a few years ago, Espinoza noted that the street vendors the group was helping organize realized that if they gained legal status, then they would need capital: “Who is going to lend to us,” the vendors asked. Espinoza’s organization responded by setting up a facility to provide microloans to vendors and became federally certified as a CDFI last year.

Inclusive Action for the City has done more than support street vendors. It has also been actively organizing to stave off gentrification. Last year, working in an alliance with two other Los Angeles nonprofits—East Los Angeles Community Corporation, and Little Tokyo Service Center—Espinoza’s group formed CORE (Community Owned Real Estate), a partnership that now owns five properties and provides secure low-rent tenancy for 15 local businesses. This work was spurred, Espinosa emphasized, by the question of “How we can preserve small businesses?” Acquiring commercial real estate in neighborhoods that are changing and taking land out of the speculative market helps “make sure they can stay,” Espinoza added.

Tom De Simone, who is CEO of Genesis Los Angeles, a CDFI that partnered with Espinoza and the other partners to create CORE, acknowledged that the work was smaller scale than some other efforts, but added that he thought it was some of the most important work. “Much of the CDFI world has become a bit obsessed with scale: more money, more loans, more locations. There is certainly good that comes from that, the breadth of reach. But I think you also give up something. You give up the depth that you can go. We feel that our role in the local market has been really to do the deep work.”

At the closing plenary, participants also considered the present moment—a time that has led to new resources for the CDFI movement, but also presents enormous challenges for the people and businesses that CDFIs serve. “The same conditions that created the opportunity for resources for the CDFI sector, have put a great deal of stress on our organizations and us individually,” Bynum observed. “We are excited, thankful, but we can’t be satisfied. We saw 40 percent of Black businesses close. You see wealth being stripped. Policy-makers neglect and ignore their needs. It is urgent that we stay vigilant.”

Vogel said the Black lives movement helped lift her from what she called “a tyranny of thinking that the pie was only so big. I had adopted a scarcity mindset.” Now, she said, “we have been able to talk about our issues without the scarcity mindset. There are enough resources for everyone.”

Vogel also, however, offered her colleagues a warning. She recalled a speech by the late Representative John Lewis, who would remind people, “They poured water on us, and we kept coming. They sicked dogs on us, and we kept coming. They gave us grants, and we stopped coming.” It is imperative, Vogel emphasized, for CDFIs to push forward, even as resources become more accessible. “How we perceive our community is how we proceed,” Vogel added. “Being proximate is really important. Now we need to scale that. That is going to be the challenge for the next decade.”