Census Bureau Report: Poverty Slightly Down; Recovery Elusive for Most 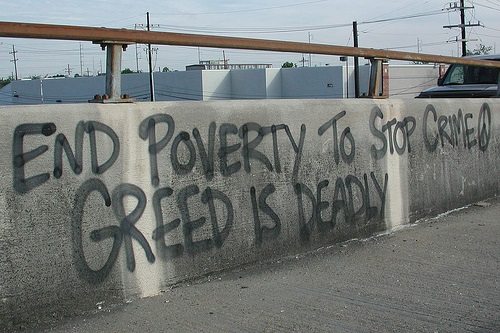 In its annual report on poverty, released yesterday, the U.S. Census Bureau writes that in 2013 the poverty rate dropped a half a percentage point, from 15 percent to 14.5 percent of the population. Furthermore, this past year is the first time that rate has dropped since 2006. The half a percentage point comprises approximately 1 million people, since the number of people in poverty in 2013 was 45.5 million. The report, however, says the reduction is not statistically significant.

The Washington Post concludes that “these are relatively minor improvements, and…the economic recovery has not done much to lift the living standards of most poor and middle-income households.” It points out that:

“The share of total household income held by the bottom fifth of households remained stuck at 3.2 percent last year, tied for the lowest level on record with data back to 1967. Similarly, the share of income accruing to the middle three-fifths of households (45.8 percent, up insignificantly from last year’s 45.7 percent) is close to its historic low.

“By definition, this implies near-record-high shares of income held by the best-off households. The top fifth held over half of all income last year (51 percent) with almost half of that share (22.2 percent) held by the richest 5 percent of households.”

The article points to what it describes as an increasing disconnect between economic growth and the economic wellbeing of most Americans, and calls policies that ignore the goal of shared prosperity complicit in the lack of recovery for most in the country.—Ruth McCambridge