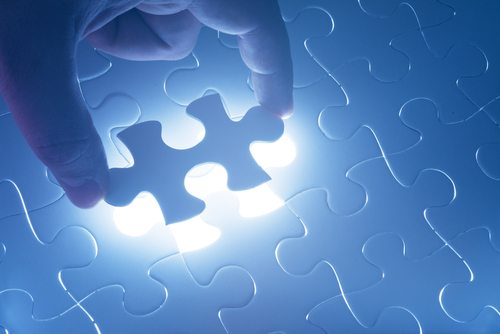 Editors’ Note: Excerpted with permission from “The Nonprofit Fundraising Solution: Powerful Revenue Strategies to Take You to the Next Level” by Laurence Pagnoni, with Michael Solomon. First published online on November 12, 2013.

Anyone who’s ever listened to a public radio station in the U.S. will be familiar with the concept of a challenge gift drive. Deep into the annual pledge drive, the radio host announces something like, “Sponsor X is committing $5,000 toward our goal of $10,000, but only if we can raise the rest of our goal by the end of the month,” or “Sponsor Y will match, on a 1:1 basis, each of the first $5,000 in gifts we receive until the end of the month.” No matter what your taste in radio programming, these time-sensitive pledge drives are inevitably irritating to listen to. Even professional fundraisers would rather hear music. Yet they endure. Why?

The notion of the ticking clock is a recurrent theme in our journey through higher-level fundraising. During those “urgent” thirty minutes of the challenge, anyone who’s ever thought about giving, or who has pledged money in the past, is almost forced to think, “If I give now, it’ll be like giving double or triple the amount. If I wait past the deadline, my gift will only be worth half or a third of what it could be.”

The approach works because it is tied to a sense of urgency. The ticking clock trumps all, if you will. In fact, oftentimes a donor will still give a challenge gift even if other donors failed to live up to the challenge. Because they can jump-start a campaign, or act as a midcourse correction to energize a flagging campaign, challenge drives are almost always an integral part of capital and endowment campaigns. They are equally effective in annual fundraising, sponsorship, and any other effort to secure underwriting, all for a negligible increase in your overall fundraising costs.

A similar matched-giving alternative for nonprofits exists within the realm of corporate matching gifts. Corporations need tax write-offs as well as opportunities to burnish their public image through good “corporate citizenship.” One of the ways they accomplish these two objectives is by matching their employees’ charitable contributions. As with challenge giving, the matching ratio some company programs offer for each dollar donated can reach as high as 4:1. Yet surprisingly, this rich potential resource goes largely underused.

How to Put Together Your Challenge Gift Drive

A challenge gift drive begins when a donor makes a substantial donation. Usually, it’s a trustee or someone who knows and trusts your organization and has been giving for a while. Someone in your fundraising department realizes that now is a terrific opportunity to encourage giving by others. The fundraiser chats with the donor, and then if they are in agreement, you launch a challenge or gift drive, following the guidelines that you and the donor work out and sign off on. Guidelines can include whom to target for the challenge, when the donor pays (up front or when the challenge is met), and how the challenge will be advertised or marketed.

In some cases, donors will propose a challenge gift on their own. However, if your strategy is to wait until that happens, be forewarned: You are more likely to grow old than grow rich. The urgency behind challenge giving needs to begin with you, the fundraiser. Develop a proposal and take it to a major donor. Spell out what the challenge gift will do to help raise more money from other donors. A challenge gift is focused on a specific issue to solve a precise problem. It’s not a general appeal; rather, it’s a targeted effort to solve a problem that’s easy to understand and articulate. You can and ought to show the major donor how much a challenge boosts response compared to a typical appeal. Use the same pitch on the board. It’s all about leveraging the money.

If you don’t know what it will cost to complete the project at the heart of your challenge, take the time to figure it out. Just because you or the challenge donor thinks “x amount” of thousands of dollars will be sufficient doesn’t mean it will be. Another question to consider is timing. Given that a challenge drive can increase giving by 30 percent, do you use it to pump up donations in a slower part of the year, or do you capitalize on your best giving season, say, end of year? Most signs point to the latter option as your best one, although it’s up to you to do what best suits your agency’s fundraising needs.

The Three Key Steps to Carrying Out Your Challenge Gift Drive

Implementation of your drive involves finding the right individuals to take the lead, coming to agreement about procedure, and getting the word out. Those three steps should unfold as follows:

There have been cases where those who gave under a challenge drive later reduced their subsequent contributions, resulting in a net reduction of total contributions to the agency’s overall giving efforts. Some call this effect “donor fatigue,” though I’m not a fan of that ter