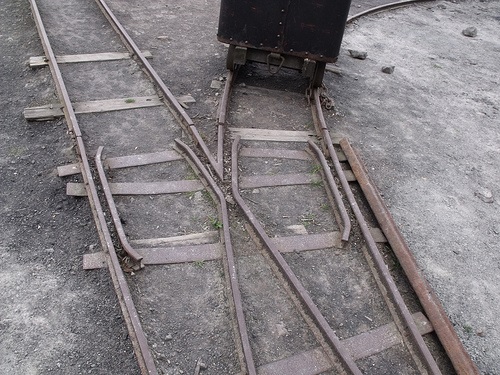 Language can get antiquated very quickly, as one can discern by looking at the names of organizations in the UK that address the issues of people with disabilities. In a very interesting story published on Sunday in the Guardian, Damon Rose looks at some of those transitions.

For instance, Valerie Lang, now 77, was on the executive council of the former Spastics Society when it changed its name a mere 20 years ago. Lang, who herself has cerebral palsy, had advocated for the organization to change its name years before the organization finally made the decision.

“I felt that we could not afford to stay with the name we had,” she says. “The name spastic was a playground term of abuse. Children would shout to each other ‘You big spastic’ every time someone was clumsy or even if they just disagreed with them…. Mothers with young babies who had cerebral palsy weren’t seeking help from the society because they had heard the word used in playground parlance. I think it put the younger generation off.”

The name “Scope” was chosen at a general meeting in 1994 explicitly because it was neutral and could not be easily turned into a term of abuse.

Other disability groups have since taken such names as Enable or Ability, which, the author writes, “may eventually come back to haunt the charities because of their earnest positivity. It’s terribly difficult to get it right when it comes to disability which—despite undoubtedly improving attitudes—is still an uneasy subject matter.”

Then there is the Royal National Institute of Deaf People (RNID), which recently changed its name to the simple yet descriptive Action on Hearing Loss. Paul Breckell, the CEO, says that the organization had always been referred to by its acronym, which was often confused with other similarly acronymic organizations. “People don’t always know what acronyms mean—they’re clumsy and clunky—and words like ‘National Institute’ have a tendency to date an organization.”

On the other hand, a group founded as the Association of Parents of Backward Children in 1946 later changed its name to Mencap, which is short for “mentally handicapped,” a term that has been relegated to the trash heap. But Mencap has decided to keep its name, saying that changing it will not improve the problems experienced by people with learning disabilities—who are, by the way, included in decision-making. They point out that the name has brand recognition and is widely recognized.

Not so for Scope, which has experienced a decline in brand recognition. Where 90 percent of the public used to know what the Spastics Society was, only 64 percent recognize Scope, though no declines in donations have been noted.

Richard Hawkes still believes that, on balance, the name change was a good move. “It was an important moment in our transition from being a traditional charity that helped vulnerable beneficiaries to being an organization that’s about working alongside disabled people to make change happen.

“Changing the name meant we could be side by side with all disabled people—who at that time were campaigning for important changes, like the introduction of the Disability Discrimination Act.”—Ruth McCambridge