Charity Loses $25 Million to Investment Fraud—Where Was the Oversight?

It is remarkable how many stories of high-flying financial fraud have some charitable component mixed in. In a story that emerged yesterday, an unnamed charity is one of the entities bilked out of tens of millions through a scam that sounds pretty ragged.

The alleged malefactor is Andrew W.W. Caspersen, freshly out on $5 million bond after being charged by the SEC on securities and wire fraud. Caspersen boasts degrees from Princeton and Harvard and a family pedigree that includes not only high finance but a father, Finn Caspersen, whose own investigation for illegal offshore investments was written up here in Vanity Fair. The elder Caspersen, who eventually commit suicide, was also a major political donor and “philanthropist” to such charitable causes as the elite Peddie prep school (of which he was an alumnus) in New Jersey, Drew University, and Harvard Law School, where he donated $30 million.

But back to Andrew. The Wall Street Journal reports that:

According to the Justice Department, the alleged scam began last October with an email from Mr. Caspersen to an employee at a New York hedge fund. Prosecutors didn’t name the employee or the fund, but said the email and others that followed offered the opportunity to invest in an $80 million loan that Mr. Caspersen had created and was investing in himself. The next month, the hedge fund employee wired him $24.6 million from an affiliated charity and $400,000 of his own money, according to the complaint.

Caspersen promised the representative of the charity a 15 percent return. But the investment fund was phony, as was the financier associated with it. Caspersen then transferred most of the money into his personal brokerage account, where he subsequently lost it to aggressive options trading, with the remainder gone to cover a previous theft.

What we find shocking about this account is the ease with which someone invested nearly $25 million in charitable dollars in the scheme. Where was the investment oversight and due diligence, and what kind of charitable endeavor exactly is under the full control of a hedge fund employee?

As the story unfolds, we will no doubt learn which charitable fund was involved and who was responsible for providing oversight.—Ruth McCambridge 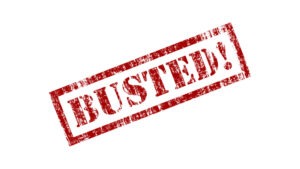