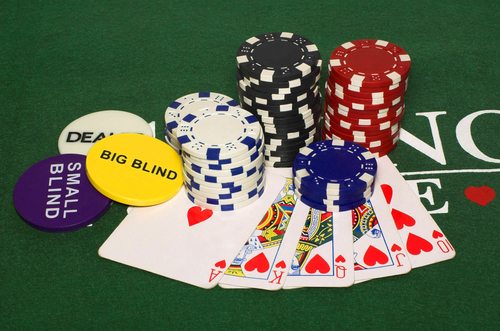 According to The Republic, revenue from charity poker games in Michigan was $7.9 million in 2002, from which charities took home $3.6 million. In 2011, revenue from those games hit $197 million, with $19.2 million sent along to charity. You probably see the problem, but let us do the math—in 2002, charities were taking close to half of what was made; around ten years later, it’s less than 10 percent. With that kind of precipitous slide, it’s hard to keep up appearances that all this gambling is, in fact, for charity.

The surge in popularity of “millionaire parties,” where nonprofits raise funds through the use of casino-style games like poker and blackjack, has inspired the state of Michigan to institute limits on how, where, and how often such events can take place, causing squeals of protest from proponents of charities and gambling parlors alike. To stave off action from state legislators like Jeff Farrington (R-Utica), who sought to overturn the limits entirely, the Michigan Gaming Control Board has come up with a set of rules that both sides can compromise on.

Kathleen Gray at the Livingston Daily summarizes the transformation that necessitated the controls put into places, as relayed by representatives from the Gaming Control Board: “The charity poker boom has become a big business with too few controls…. It has grown from $7.9 million in revenue in 2004 to $197 million in revenue in 2011. The jump happened when the state lottery authorized poker and other casino-type games, like blackjack and roulette, at charity fund-raisers. The growing popularity of Texas Hold ’Em poker games also fueled the increase.”

As it stands, “only 40 establishments in the state that host charity poker games, but they do it 365 days a year and can accommodate multiple charities on any given night.” The new law would permits charity poker games to be held in dedicated poker rooms as well as places like churches, schools and community centers, and lowers the number of representatives from the charity required to be on hand from five to three. However, such events can only take place four nights out of the week, or 208 days out of the year. Although some poker room owners have complained about the limit, it’s an increase from the originally proposed 30- or 120-day annual limit first proposed by the GCB.

Speaking on the topic of the reduced proportion taken home by charities, Rick Kalm, executive director of the GCB, said, “We found quite a bit of fraud and charities that were taken advantage of.” For his part, Farrington was willing to withdraw his bill, but still feels that the burden on those raising money through card games is too high. “I understand the large poker rooms did not come away with what they needed to continue on, but the end goal for me was…to make sure the charities had a revenue source going forward.”—Jason Schneiderman