Charity to Use “Fifty Shades of Grey” as Toilet Paper 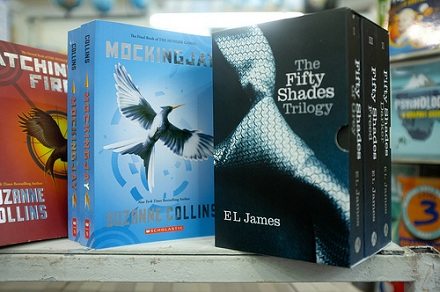 Here’s an unusual and disturbing take on nonprofit cause advocacy. Wearside Women in Need, a U.K. charity serving abuse victims, has collected 24 donated copies of Fifty Shades of Grey, the bestselling novel by E.L. James. Condemning the book’s themes of erotic sadomasochism as “vile” and contributing to the objectification of women, the charity had, as NPQ previously noted, originally intended to burn copies of the book. However, they have changed their mind and instead plan to use pages from the book as toilet paper. Once used, the pages will be composted. Clare Phillipson of Wearside Women says that the pages “…will go back into the ground… although the ideas they represent will continue.”

Wearside Women in Need has found an attention-getting, mission-related way to promote its message and get press attention for a serious issue. They’re hardly the first to use provocative tactics to promote a mission and make a point. However, a campaign built on destroying books has a certain anti-First Amendment feel to it. Even though the charity does not specifically oppose the writing and selling of the book, the idea of burning or otherwise defacing books based on objectionable content bears uncomfortable comparisons to censorship and book-burnings in history, including recent history. –Michael Wyland