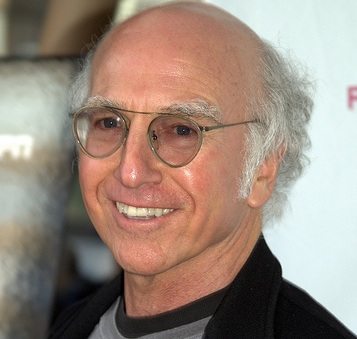 Last month, NPQ noted the arrival of CharityBribes.org, a philanthropy website that aims to raise money for good causes by bribing celebrities to engage in some amusing antics. If the celebrity takes the bribe, then money donated by online users will go to the predetermined cause. If the celebrity refuses, the pledging donors don’t have to pay. First on the Charity Bribes list was an attempt to get comedian and actor Larry David to join Twitter. It worked.

David’s first tweet read: “I was told by Charity Bribes that if I Tweeted they’d give 10k to the NRDC [National Resources Defense Council]. Pay up!” Future bribes are to be based on popular vote among the website’s users. The next bribe on the list? “Get Conan O’Brien to interview a guest on his show wearing an eye patch and black turtleneck while holding a pipe.” If the late night TV host agrees to it, donations raised will go to Autism Speaks.

It remains to be seen whether other celebrities will follow Larry David’s lead and accept the challenge. We’re betting that Conan O’Brien will play along. However, the bribe in the queue that currently has the most votes from users might require a bit more of a time commitment from the celebrity involved, which could be a real test of the staying power of Charity Bribes; that bribe would send donations to the Red Cross if Morgan Freeman agrees to “spend an afternoon narrating user-submitted animal videos.” We’ve seen a lot of attempts to harness the Internet for increased charitable giving, but few such efforts have so effectively tapped into one of the prime motivations of Internet users: fun. –Mike Keefe-Feldman