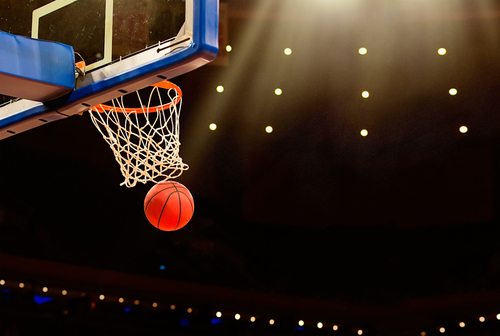 An increasingly popular route for high school basketball stars into top-flight NCAA college basketball programs is to spurn public high schools and opt for private prep schools. This past year, 10 of the 12 scholarship players for Syracuse University came from private or prep schools, including senior guard C.J. Fair, who reached Syracuse from Brewster Academy in Wolfeboro, New Hampshire, instead of Baltimore City High School in his hometown. The majority of the scholarship players at Duke, Florida, and Arizona also came through the prep school route. It takes only a brief glance at the list of the top-ranked 25 high school basketball teams to see how few are traditional public schools and how many are private academies or Catholic parochial schools.

Is anyone surprised to discover that charter schools—privately managed, but authorized as schools in public school systems—are beginning to look like private prep schools when it comes to recruiting and training basketball stars?

In Pennsylvania, Bob Lombardi, the executive director of the Pennsylvania Interscholastic Athletic Association said that his members are voicing “loud and clear complaints” about charter schools. Charter schools have an advantage over traditional schools, being able to recruit basketball players from a wide geography while traditional high schools are limited to students playing in the districts where they live.

For example, in the Western Pennsylvania Interscholastic Athletic League, there is only one charter school playing boys’ basketball, but the school—Lincoln Park in Beaver County—won the WPIAL Class A championship this season for the second time in three years and has played for the state title three times in the past four years. This year, Lincoln Park faced off against another charter school—Math, Civics & Sciences of Philadelphia—for the Class A state title. The critics say that in Western Pennsylvania and in Philadelphia, basketball players frequently transfer to charter schools. In Philadelphia, the five top players at Philadelphia Electrical charter school were all transfers, and, no surprise, Electrical made it to the PIAA Class AAA semifinals.

Typically, when charters offer sports, the sport is basketball. That means that under state law, students can play basketball for the charter school and play other sports for the high school in his or her home district. Some members of the PIAA appear to have long favored the idea that private and parochial schools have a recruiting advantage and should play in their own league as opposed to facing off against the more financially and transfer-constrained traditional public high schools. Others have decided the private and parochial schools should be allowed to compete, but held to more restrictive transfer rules. The PIAA members are now discovering that some charter schools are functioning in basketball terms like publicly subsidized private or parochial schools.

Although the role of charters has been a cause célèbre for the PIAA, the issue has been encountered elsewhere. Washington, D.C.’s charter schools have been recruiting and registering a number of potential basketball stars who actually don’t live in the District. According to the Washington Post, “a few [charter schools] are seeking to use athletics to increase their enrollments and raise their profiles, and with little to no oversight, they are able to skirt residency and eligibility rules that govern other high schools in the area.”

This year, Gary, Indiana was represented in the state’s high school championship by the Bowman Academy charter school, trying to win its third state title in four years—even though it only began competing in basketball six years ago. The opposition to Bowman isn’t just because Bowman is beginning to clean up on regional and state titles. “I was not going to play Bowman because I knew right away what charter schools were built for: They are built to destroy public school systems,” John Boyd, the former coach at Gary’s West Side High School said, though he eventually relented and had his team play one game against Bowman in 2009. He added, “These charter schools are taking away students from the Gary public schools. Gary is actually a case study in how charter schools can come in and absolutely take over a school corporation which means that yes, Gary will have to close schools until they only have one high school.”

It may be a little hard to have too much sympathy for the complaints from regular high schools that they are having trouble retaining the future versions of C.J. Fair and Carmelo Anthony, another Baltimore high school phenom who went to a private prep school before his one year at Syracuse prior to joining the NBA. One argument for the charters, much like the prep and parochial schools, is that they might be somewhat more focused on providing the athletes with smaller classrooms and regular tutors compared to what the stars-in-waiting could get at regular high schools, particularly in getting their SAT and ACT scores up to legitimately get into college. The counterargument is that the charter school basketball recruitment process runs contrary to their purported academic emphases and is occurring primarily to raise charter school marketing profiles and, in the process, weaken public systems by attracting more pupils and subsidies out of them.

Unsubtly hinting that the basketball charters aren’t being quite straightforward about their intentions, one sports commentator wrote, “[the Lincoln Park charter school in Beaver County is] a performing arts charter school. Can’t wait to see all those basketball blue-chippers in the spring musical.” While we don’t doubt the musical talents of top basketball players—the late Waymon Tisdale was a well-recognized jazz guitarist, center David Robinson played saxophone and piano, and current player Pau Gasol reportedly plays classical piano—we hope to see the YouTube of Lincoln Park’s spring musical as well.—Rick Cohen