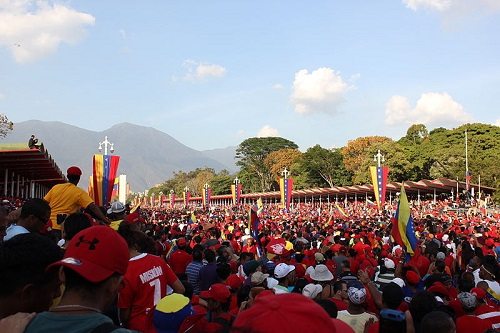 It has been very cold outside, what with the polar vortex, and people’s heating costs are higher than usual. Meanwhile, funding for fuel assistance under the Low Income Home Energy Assistance Program declined from $4.2 million to $2.5 billion this year. And in the midst of all of that, Citizens Energy Corporation, which would ordinarily be starting its January deliveries to low-income households, finds itself with no oil. In Massachusetts, this will affect 15,000 households.

The relationship between Citgo Petroleum, which is a subsidiary of Petroleos de Venezuela SA, and U.S.-based Citizen Energy Corporation, which provides home heating oil to low-income households in the U.S., has been one of the more unusual and notable public/private partnerships of the last half-century. The contract between the two has provided approximately $500 million in heating oil to Citizen Energy since 2005, when it aided in the aftermath of Katrina, but it has been in effect since 1979. But with the death of Venezuela’s president, Hugo Chávez, deliveries of oil have ceased, though it appears that the Venezuelan government has not made a formal decision to withdraw support.

The production of oil in Venezuela is down significantly since Chávez died, and according to Carlos Rossi, president of Caracas-based consultancy EnergyNomics, “The economic situation in Venezuela is very bad and the non-petroleum sector is in desperate need of dollars, causing PDVSA to have to dedicate more money to the Venezuelan central bank.” Oil makes up 97% of Venezuela’s foreign earnings.

Meanwhile, in a statement, Citizens Energy expressed the hope that the whole problem fell more into the category of a delay than the end of a relationship.

“Citizens Energy is ready to move forward with the heating assistance program as soon as the Venezuelans provide us with the oil. Every indicator so far has been that they will help out. In the meantime, it’s very cold out and people have urgent heating needs. No one, regardless of income, can deny the penetrating cold of the last few weeks. I just would hope that when you think of poor people having to live in a home or an apartment where it’s as cold inside as outside, you realize that’s the harsh reality of how needy families must endure the winter freeze when no help is available. We very much hope that the Venezuelans will come through as they did for so many years under President Chávez’s leadership.”