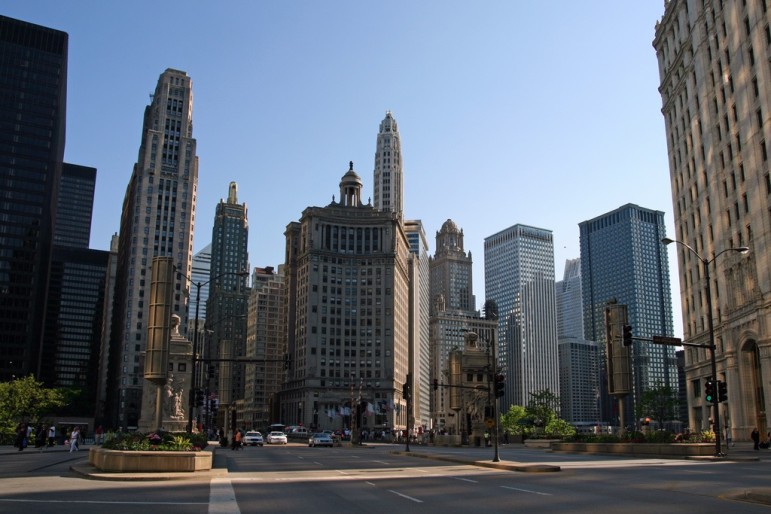 While Mayor Bill di Blasio’s plan to link affordable housing to new market rate developments in New York City has gained attention from housing advocates, Chicago’s affordability ordinance has been unnoticed until now. A private developer and the Home Builders Association of Greater Chicago are suing to stop the Affordable Requirements Ordinance on the grounds that the law represents an unconstitutional “taking” of private property.

Here’s how Chicago’s Affordable Requirements Ordinance works. A housing developer that is seeking city financial assistance or a zoning change to increase housing density is required to set aside 10 percent of the units for long-term affordability or make a payment in lieu of setting aside units. Affordable housing advocates argue that there is no “taking” of private property, since the ordinance is triggered when a developer seeks a public benefit. The lawsuit was filed just before the “in lieu of units” payments were set to increase. The city council and the mayor tweaked the program this year in recognition of rising costs for developing affordable units.

Unlike the notorious New York experience, there has not been a “rich door/poor door” problem in Chicago because most developers have made “in lieu of units” payments to the city. Sixty percent of these payments go into the Affordable Housing Opportunity Fund to support affordable housing development in Chicago. Forty percent of fees go to the Chicago Low Income Housing Trust Fund, which is primarily used by nonprofits to write down rents or to lower the cost of financing new developments targeted to households making below 30 percent of area median income.

The Home Builders Association of Greater Chicago has a point when they note that production costs are driving up rents and mortgages. A recent story by the Joint Center for Housing Studies confirms that development costs are cutting into affordability.

Increasing density is one potential solution to the production-affordability trap. Rick Cohen explores the density solution in his article “Density Bonuses: A Tool for Affordable Housing Development,” based on a proposal from New Orleans where developers could get bonuses to create more dense developments. Unlike the New York housing market, Chicago is a city of low-density neighborhoods. Chicago residents often view dense developments as “the projects,” which have now been largely demolished.

A pending lawsuit raising constitutional issues could easily stop new development in its tracks. So why would developers initiate legal action at a time when demand for new housing is high? Logically, the time to raise the constitutional “taking” issue would have been when the ordinance was first enacted back in 2002. The Home Builders’ government affairs consultant, Paul Colgan, seems evasive about timing of the suit. Crain’s Chicago Business quotes him as saying, “There’s never any good time to file a lawsuit, but the amended ordinance that takes effect on Oct. 13th only makes the situation worse because it raises the fees. The new ordinance just exacerbates the problem.”

Housing advocates argue that nothing in the impending changes to the ordinance will modify the basic framework of the law, which was fully vetted in public debate in 2002, 2007, and earlier this year. Could this highly visible lawsuit be an opening gambit in a political negotiation? Is it possible that Home Builders are hoping for a “density bonus” program? Time will tell.

As strategies to increase affordable housing stock in “hot” markets proliferate, Rick Cohen provides a nice overview of some of the options in “The Nonprofit Agenda for Regional Affordable Housing: An Advocacy Manifesto.” Meanwhile, following the lead of New York City, other cities like Denver are exploring the options.—Spencer Wells

Special thanks to Rachel Johnston of Chicago Rehab Network for her help in preparing this story.