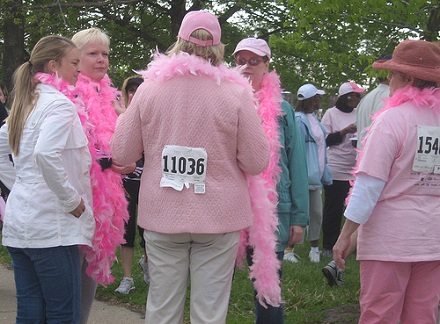 Y-Me, an organization providing support for people with breast cancer diagnoses, closed abruptly last week and now State Sen. Ira Silverstein, who participated in its fundraising race this past May (an event that reportedly involved 20,000 people and raised more than $2 million) is calling on the attorney general to open an investigation. A spokeswoman is saying that the demise of the organization involved no wrongdoing and that the situation will be laid out for all to see in bankruptcy court next week but that does not address the erosion of trust that will be caused by the closure, which, as far as we can see, happened with no public notice.

The Chicago Sun-Times reports that contributions to the organization had descended from $16.7 million in 2007 to $5.2 million in 2010 and its investments were $803,204 as of June 30, 2011, as compared to $1.5 million a year earlier. Margaret Harte, who founded the group’s signature event, a fundraising race, accused the group of mismanagement and said it had over-expanded. Over-expansion plus declining revenues equals “not good,” but the public who supported this organization still deserves an explanation.

Adding to the problem here is the fact that this group has the same public as many other groups. The next time people are going into their pockets or to their friends for a cause, will they think twice? –Ruth McCambridge