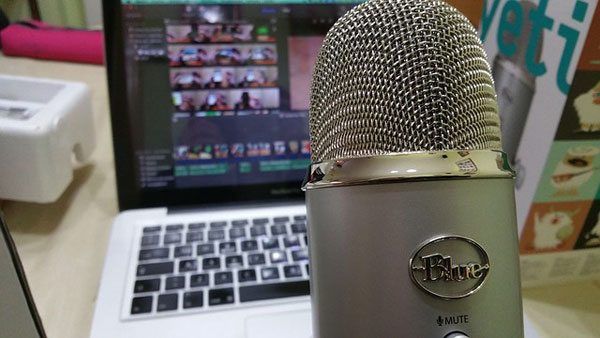 There is a “disconnect between policy discourse and observable reality on the ground,” noted Jamie Kalven of the Invisible Institute. Kalven was talking about public housing, but he could have been talking of course about a far broader range of issues.

The Invisible Institute began as a tongue-in-cheek name for the publisher of a public housing online reporting platform in 2000. Today, it is a nonprofit journalism production company on Chicago’s South Side dedicated to “investigative reporting, multimedia storytelling, human rights documentation, the curation of public information, and the orchestration of difficult public conversations.” In 2016, it won a $400,000 grant from the Knight Foundation to support its Citizens Police Data Project, an online toolkit for reporting, tracking and analyzing allegations of police misconduct.

At NPQ, our guiding philosophy has long been that “an active, engaged, and sometimes disruptive civil sector is critical to a healthy democracy in the same way that a free and independent press is.” But as a slew of media cutbacks, including the latest round of cost-cutting at the Denver Post, makes clear, today the nation’s “free and independent press” faces many challenges.

So, it was heartening at this month’s PolicyLink Equity Summit—a national conference that attracted over 4,000 people—to be able to go on a “mobile tour” of Chicago focused on “Local Journalism, Storytelling, and Action.” The tour highlighted a number of creative interventions under way that could lead to major ripples in both the journalistic enterprise itself and the greater environment of narrative and storytelling from which news stories emerge.

Natalie Moore has been a reporter for the last 11 years for WBEZ, the local Chicago national public radio (NPR) affiliate. She is also the author of The South Side: A Portrait of Chicago and American Segregation. Moore met with us from her studio in the Park Manor neighborhood on Chicago’s South Side at East 75th Street and Prairie. Moore pointed out that WBEZ’s main bureau is located at Navy Pier, a part of Chicago surrounded by Lake Michigan and which is even physically isolated from the downtown Loop, let alone the rest of the city.

Moore joined WBEZ in 2007 when the station first opened its South Side Bureau. The idea behind the South Side studio is simple: “We need to do a better job of covering communities. Let’s put offices in communities.” Although the concept is straightforward, it is rare for radio stations to do this, Moore noted. While suburban news bureaus are common, relatively few NPR affiliates have bureaus in urban neighborhoods, although the idea is starting to catch on; for example, in 2016 Austin NPR affiliate KUT launched a similar bureau in the city’s East Austin neighborhood, long a hub of Black Austin, to be able to better tell stories about the community, including the threat of displacement that many long-time East Austin residents face.

As for Moore’s work, she said that she was part of a “Race, Class and Communities” team: “Equity is a big part of our work. We cover a lot of stories around segregation.” For example, Moore’s team made a Freedom of Information Act request of the state to get data on car repossessions stemming from subprime lending to car buyers. Another story involved a resident campaign to shut down a motel that was serving as a prostitution hub, similar to another case NPQ profiled in Philadelphia. Moore mentioned that she got the owner on tape saying that it was not “my business to know what people are doing in their rooms.” The story drew attention to neighbors’ complaints and led to the motel’s closure for being a neighborhood nuisance. As Moore notes, being located in the neighborhood gave her the background knowledge needed to pursue the story; the bureau also serves as a site for community meetings and small public events.

While innovation can come from within mainstream media outlets like public radio—smaller Chicago independent media are also having a growing influence, finding ways to bring in new voices and tell new stories. <a href="https://freespiritmedia.org/team/staff/jeff-mccarter" target="_blank" rel="noopener external noreferrer" data-wpel-